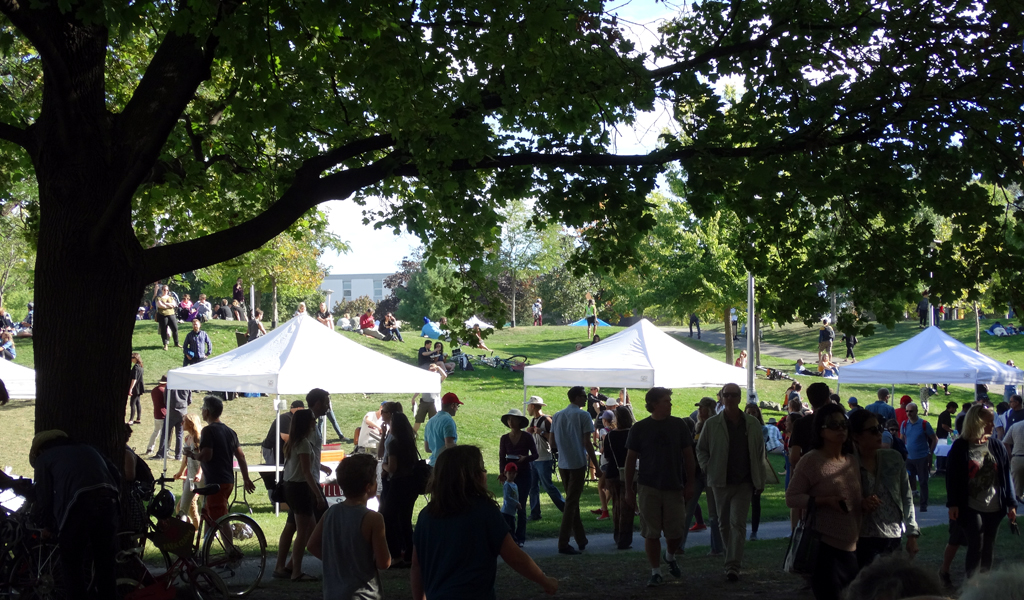 What a fantastic day it was yesterday! You couldn’t have asked for better weather to be out enjoying and exploring! After perusing through the lists of some of the different festivals and events happening around the city yesterday, I was excited to check out the Homegrown Park Crawl at Christie Pits Park and the Bloordale Laneway Crawl around Dufferin and Bloor (click the Bloordale Laneway link to see more on that event).

The Homegrown Park Crawl is part of the David Suzuki Foundation’s Homegrown National Park Project. The goal of the project is to create more “butterfly-friendly spaces” by adding more green to streets, laneways, roofs, parks, yards, etc… To think of the city as if it were a national park. The initial launch of the project was the corridor along the former route of the Garrison Creek, but the project has since expanded to initiatives in Danforth East Village, Upper Junction, Dallington, Willowdale and to the city of Brampton as well.

The festivities this year started in Trinity Bellwoods Park with food, music and fun, followed by a musical parade, which led festive-goers through Fred Hamilton Park and Bickford Park before culminating at Christie Pits Park for more food, music and fun.

I caught the crawl as it was arriving at Christie Pits Park. Talk about an entrance! What a unique and fun way to lead an event: to usher it in with the rhythmic sounds of drums and music! You can’t help but want to follow! The musicians leading the crawl this year were Turbo Street Funk (a super fun brass & sax troupe who led the procession from Trinity Bellwoods Park) and Maracatu Mar Aberto (a dynamic Afro-Brazilian percussion troupe who led the way to Christie Pits Park).

Once arrived, the park quickly filled with visitors ready to sample the delicious variety of food and drink offerings from local Toronto vendors, including Harvest Kitchen, Wenona Craft Beer Lodge, Coffee Pubs, Banjara Indian Cuisine, plus pizza by Pizzeria Libretto baked in the park’s own wood-fired oven. For those so inclined, there was also a wine and beer garden to sit back, relax, and enjoy a beverage while listening to the pop-up musical acts playing nearby. Plus several booths and exhibits were available to explore, including Fresh City Farms, Toronto Beekeepers Coop, and North American Native Plant Society to name a few.

And if that weren’t enough, Christie Pits Park was also holding an art crawl the same day! So at the top of the park along Bloor, there were several more booths to peruse for unique paintings, drawings, soaps, treats, homemade and vintage clothing and more!

We couldn’t have asked for a nicer afternoon! 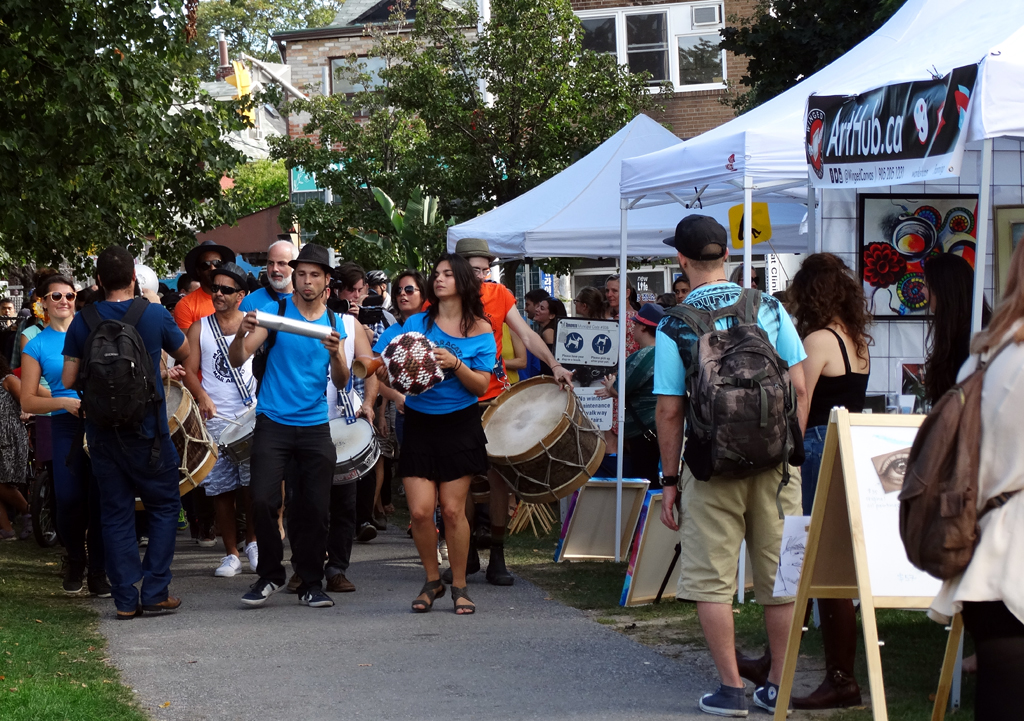 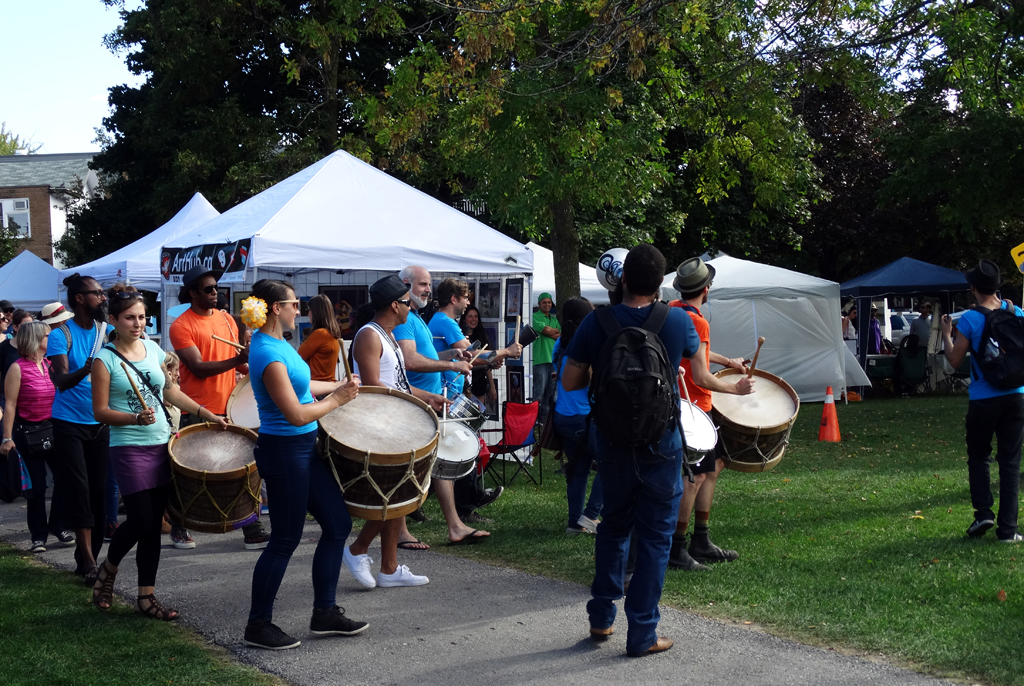 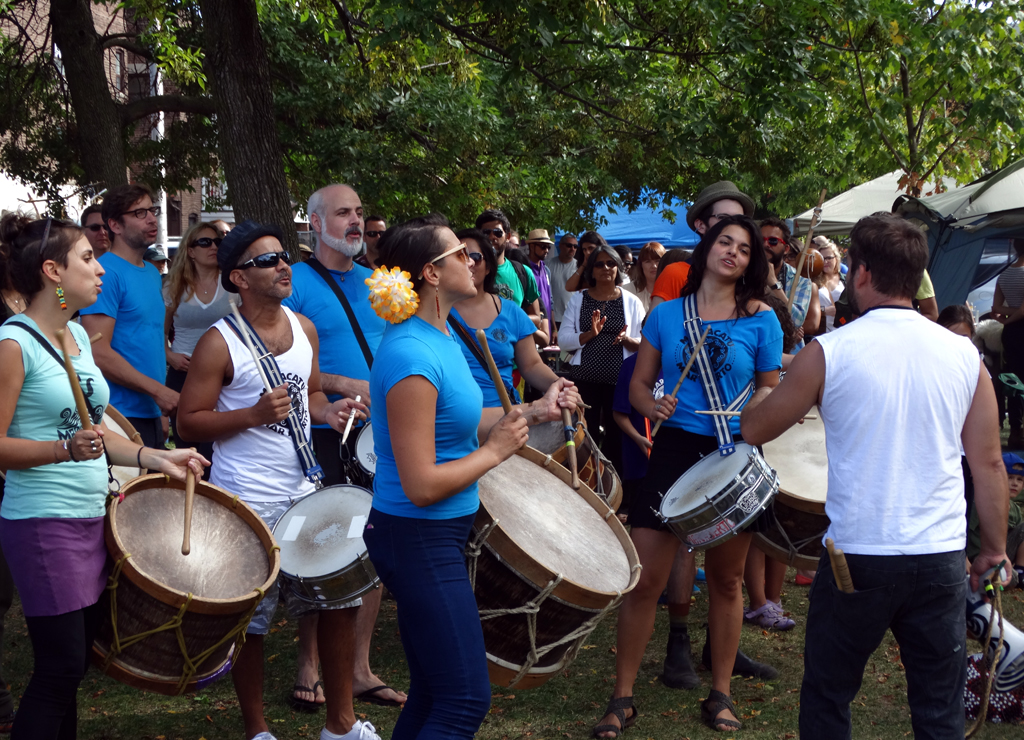 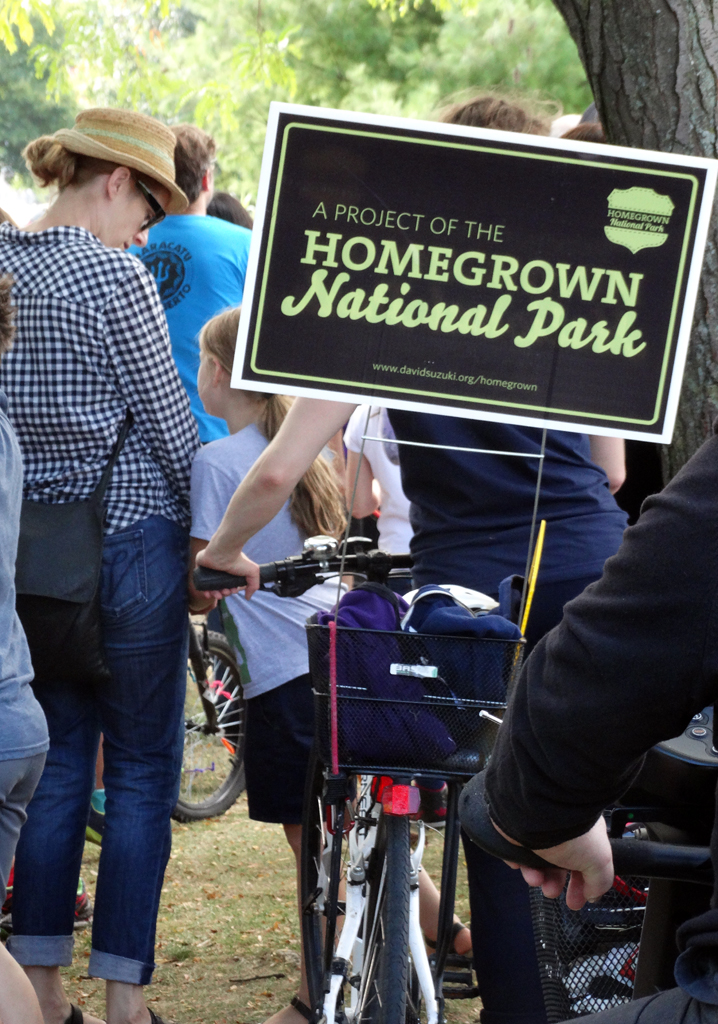 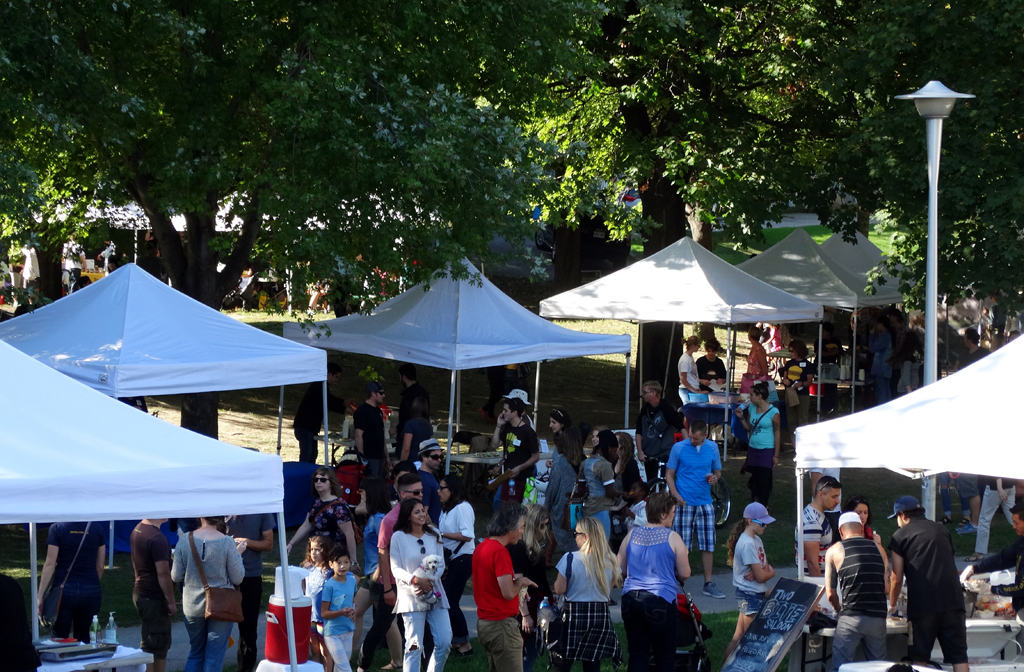 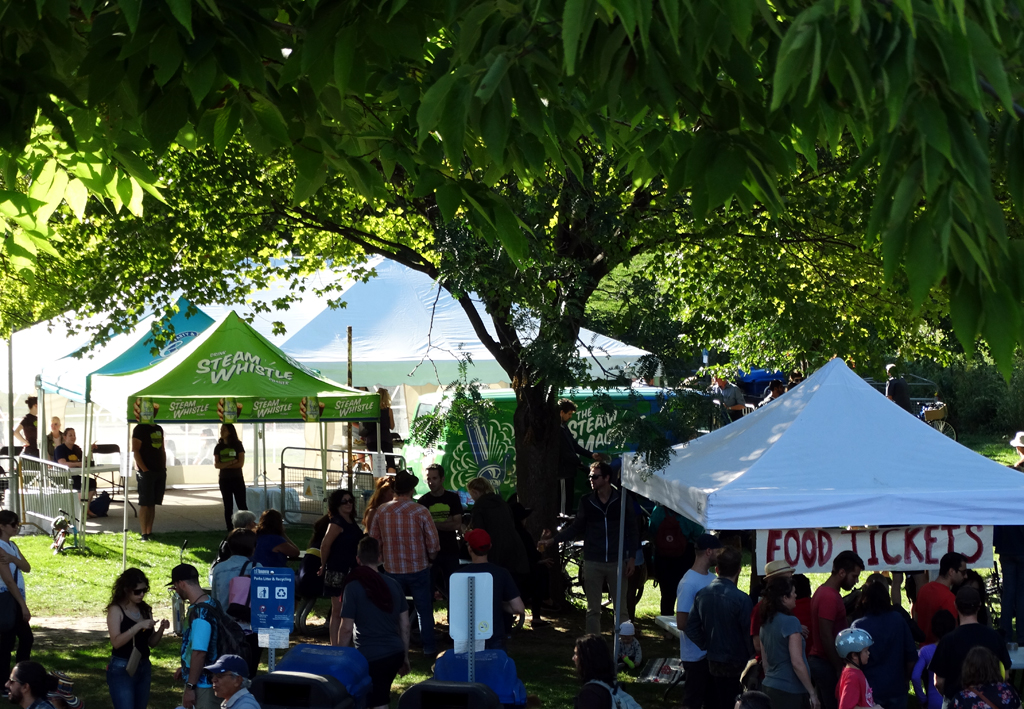 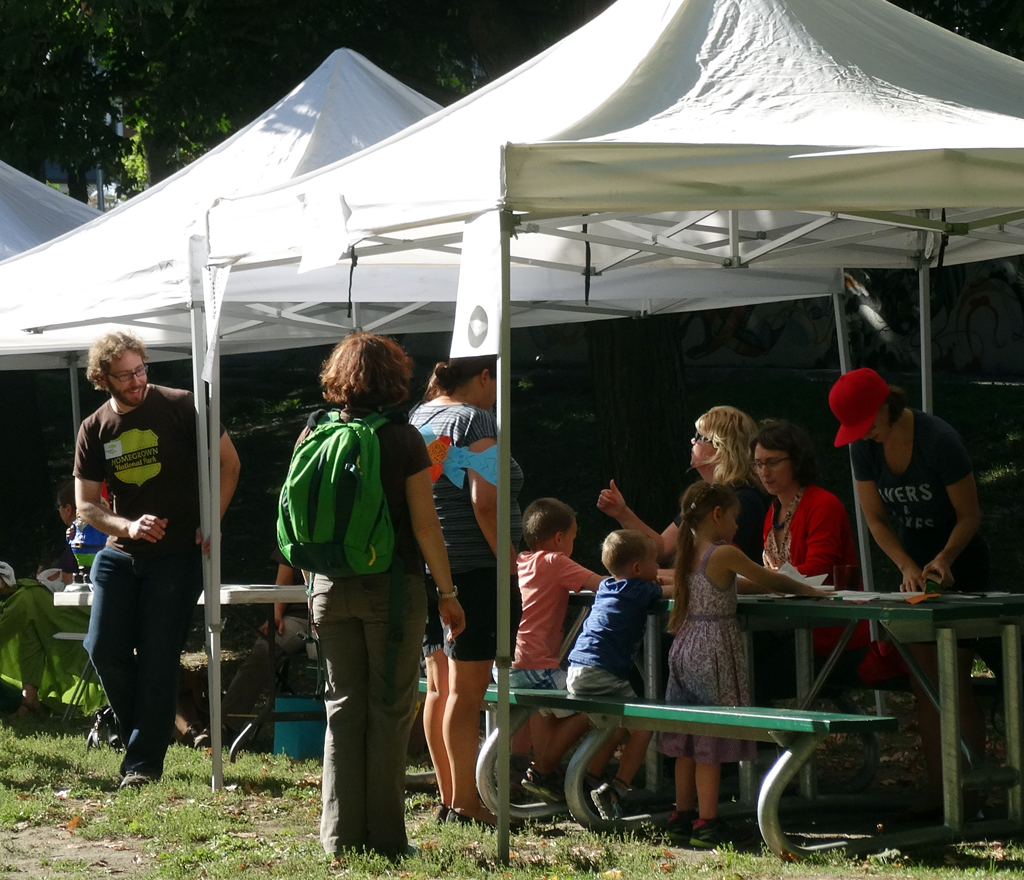 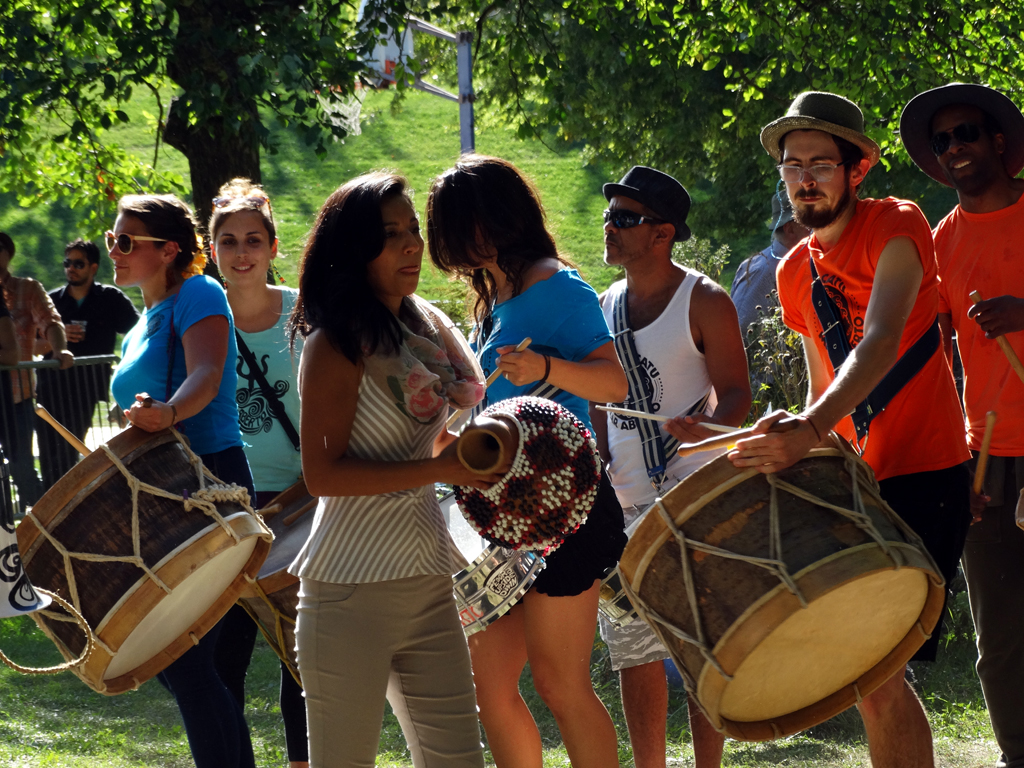 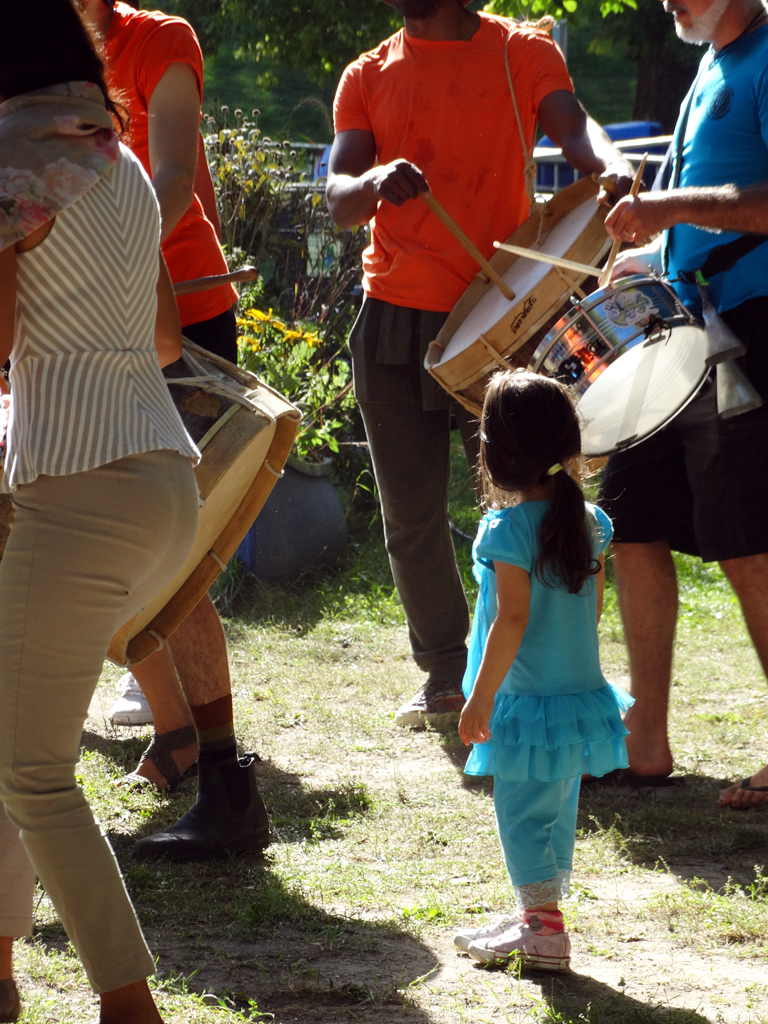 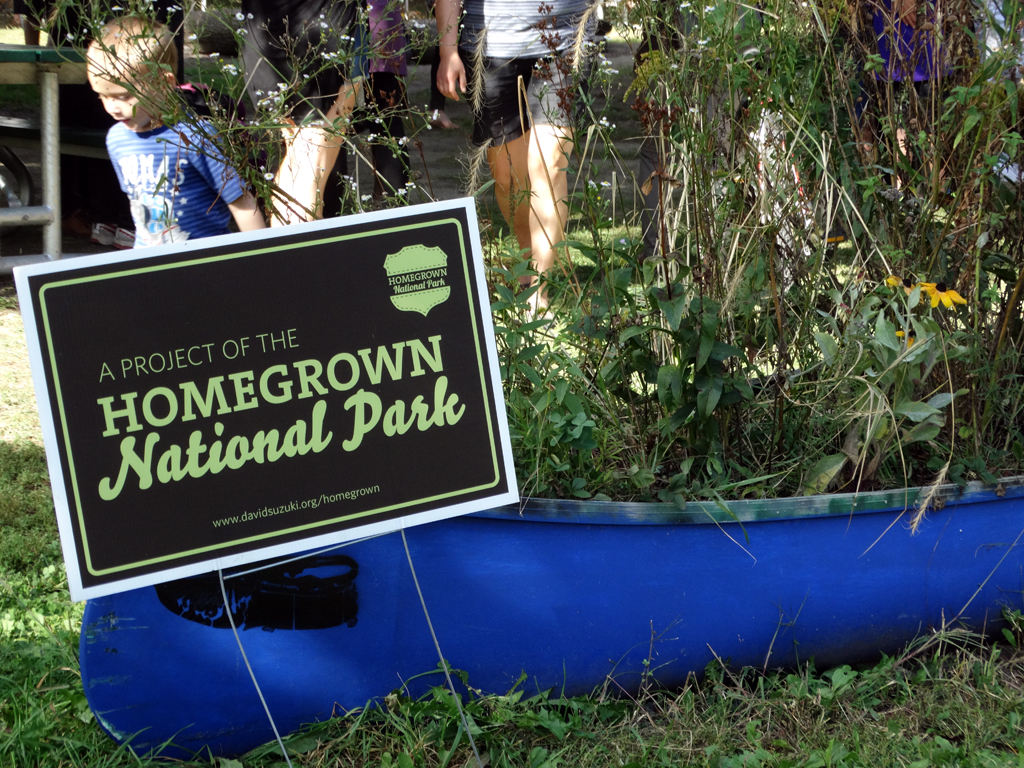 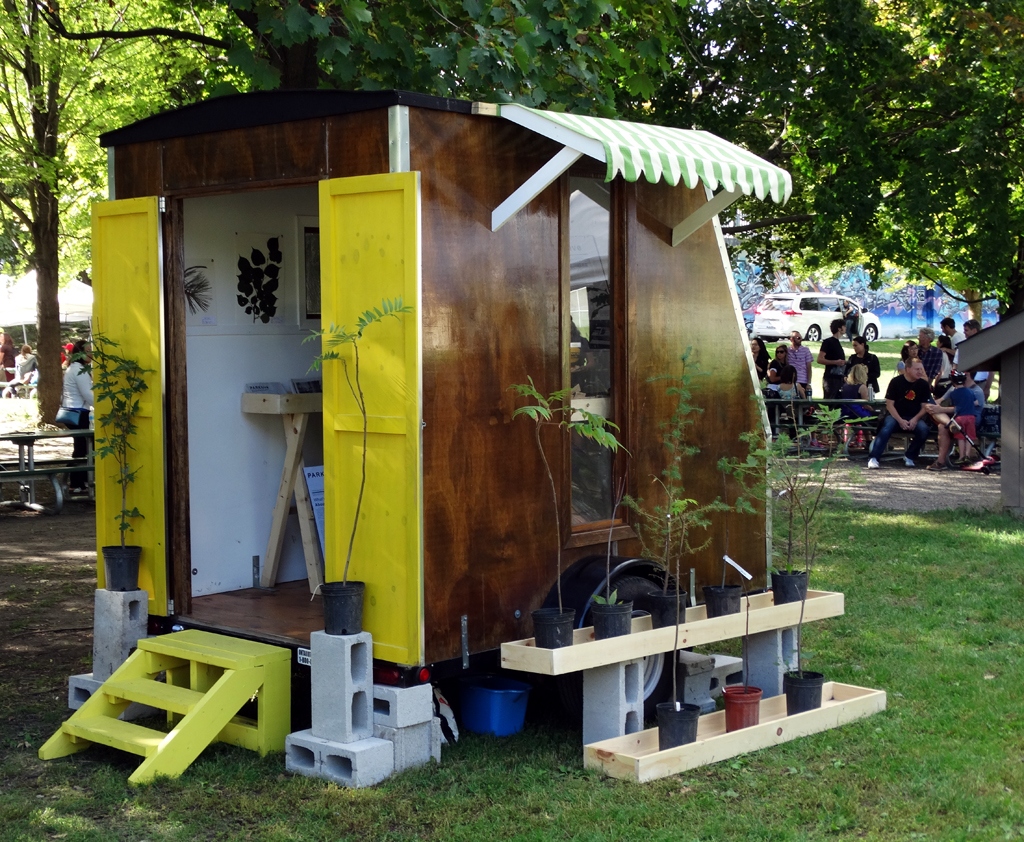 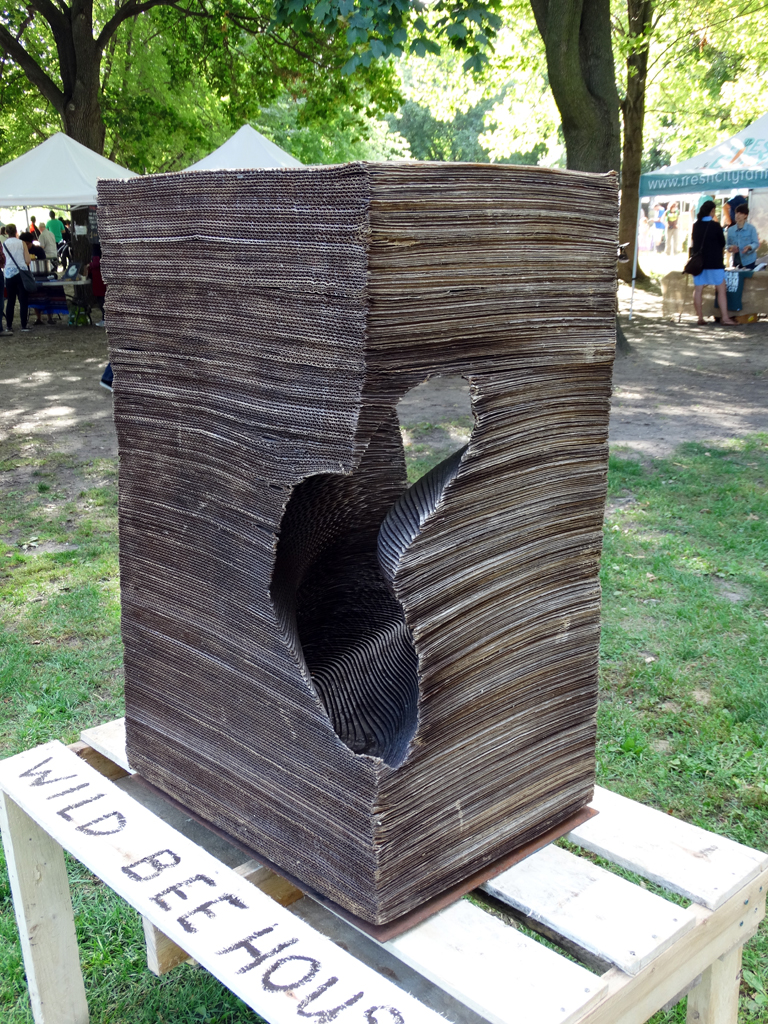 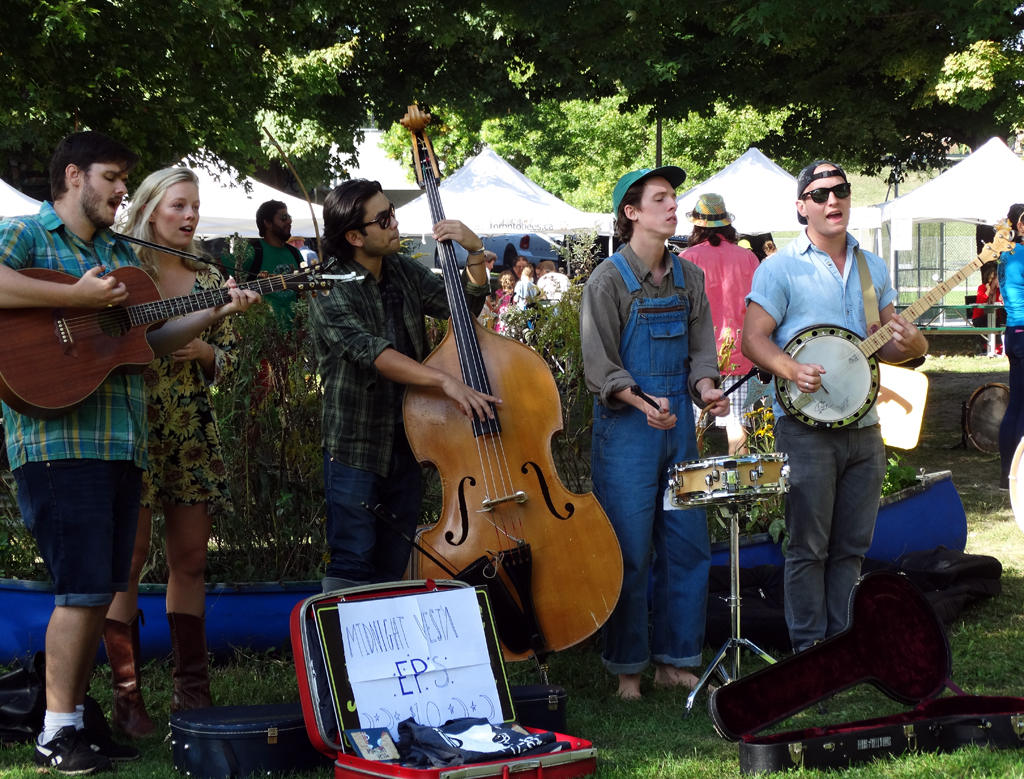 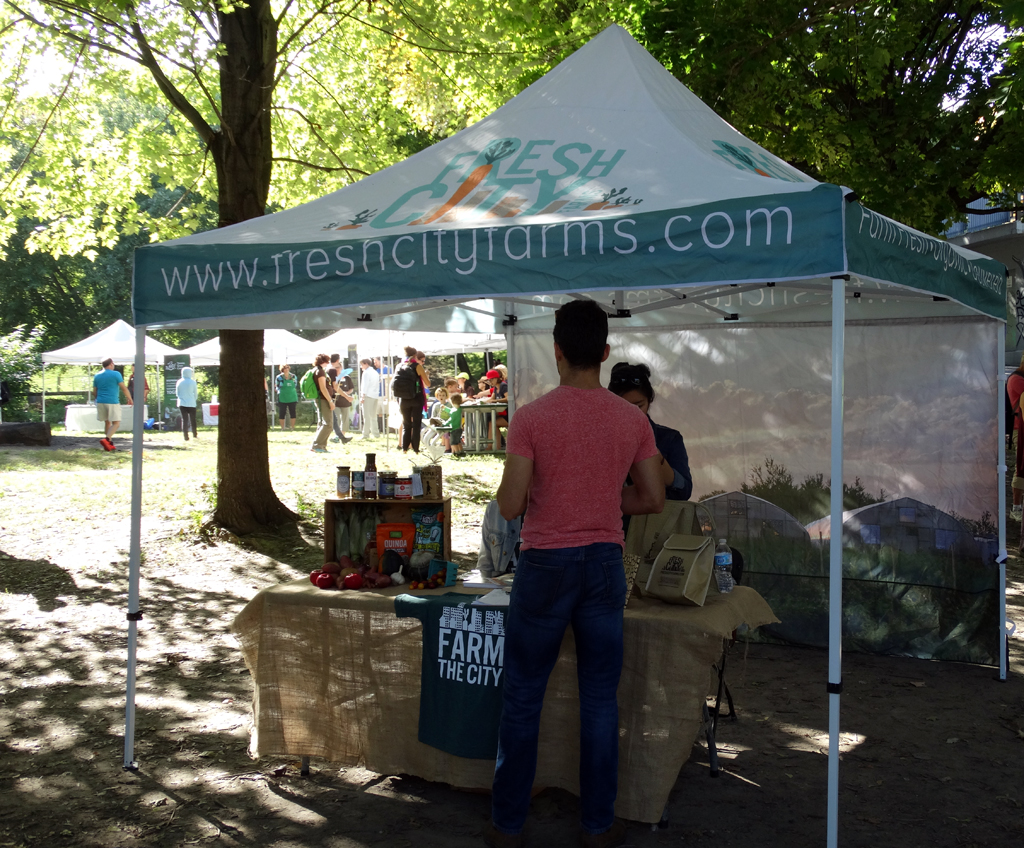 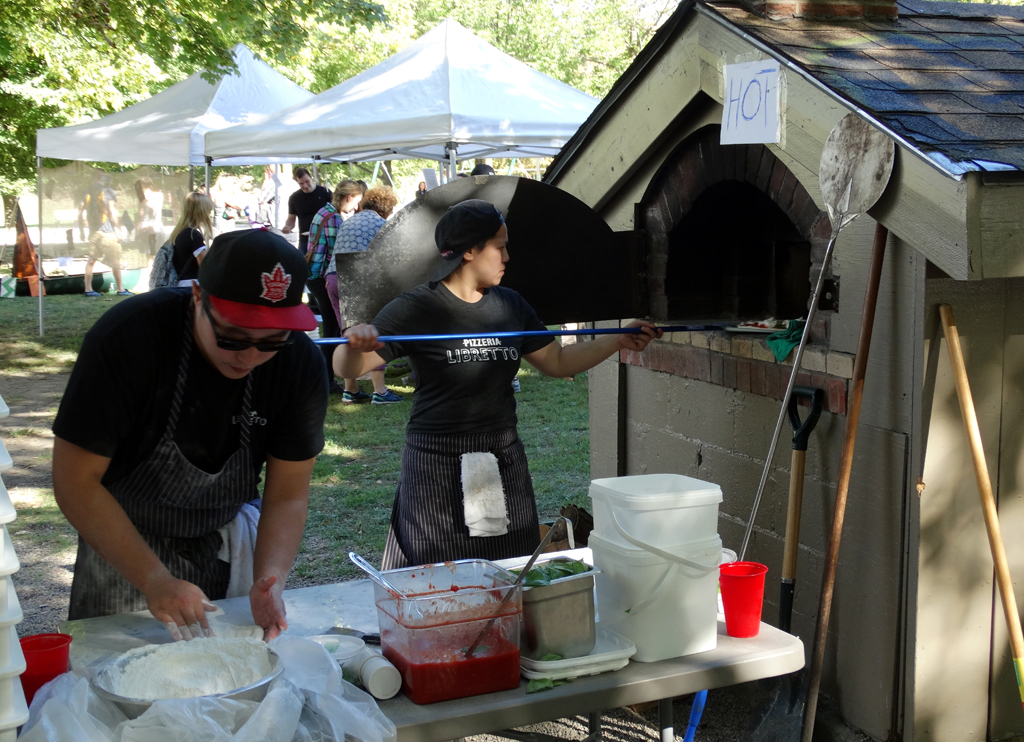 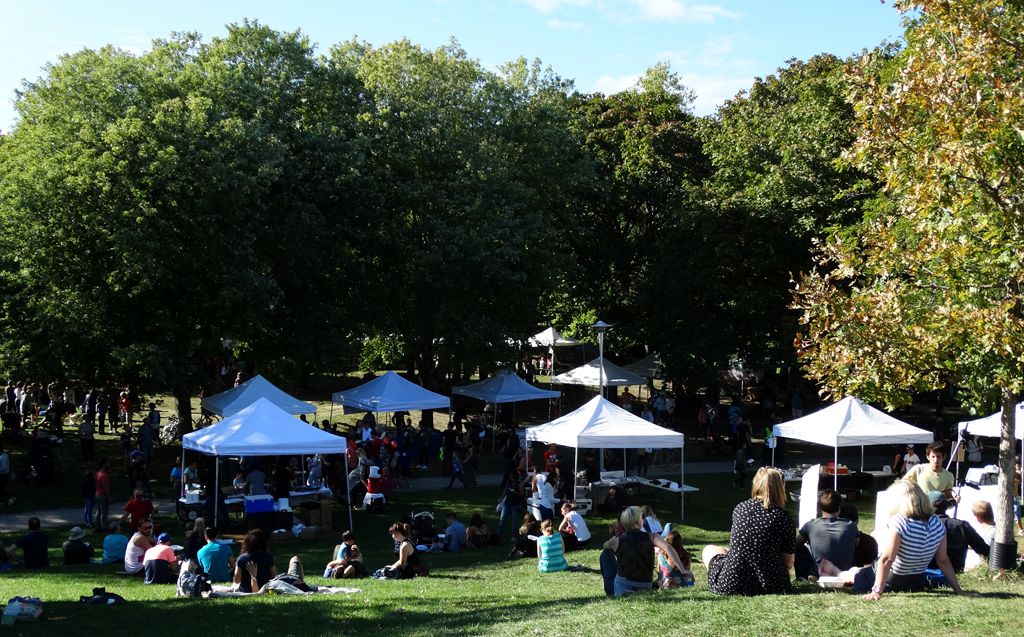 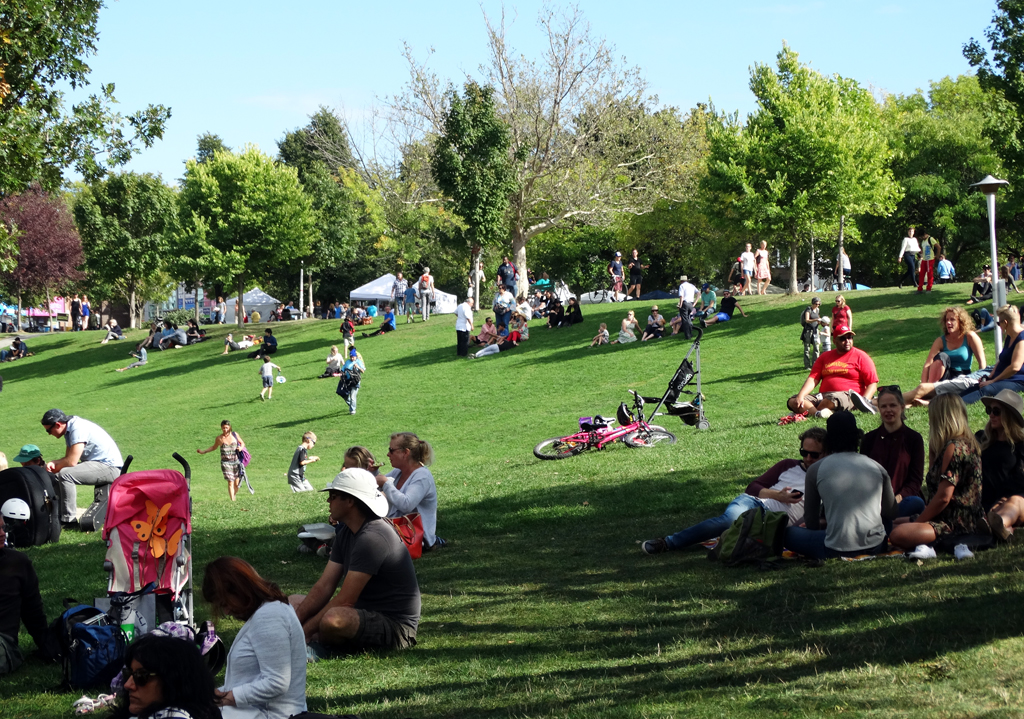 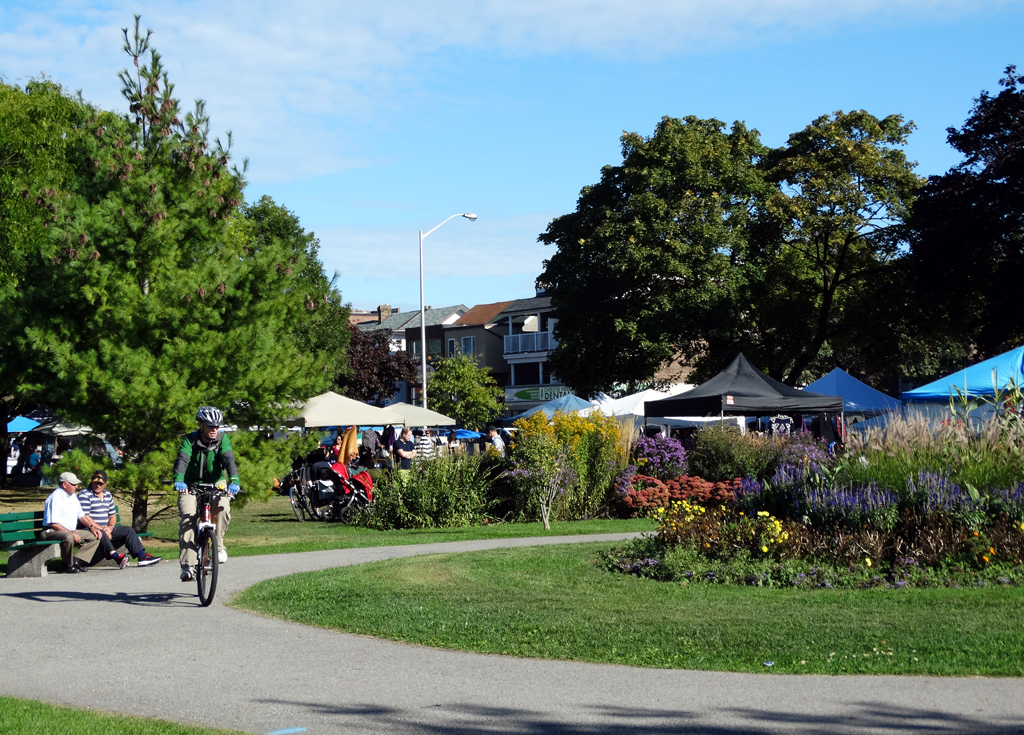 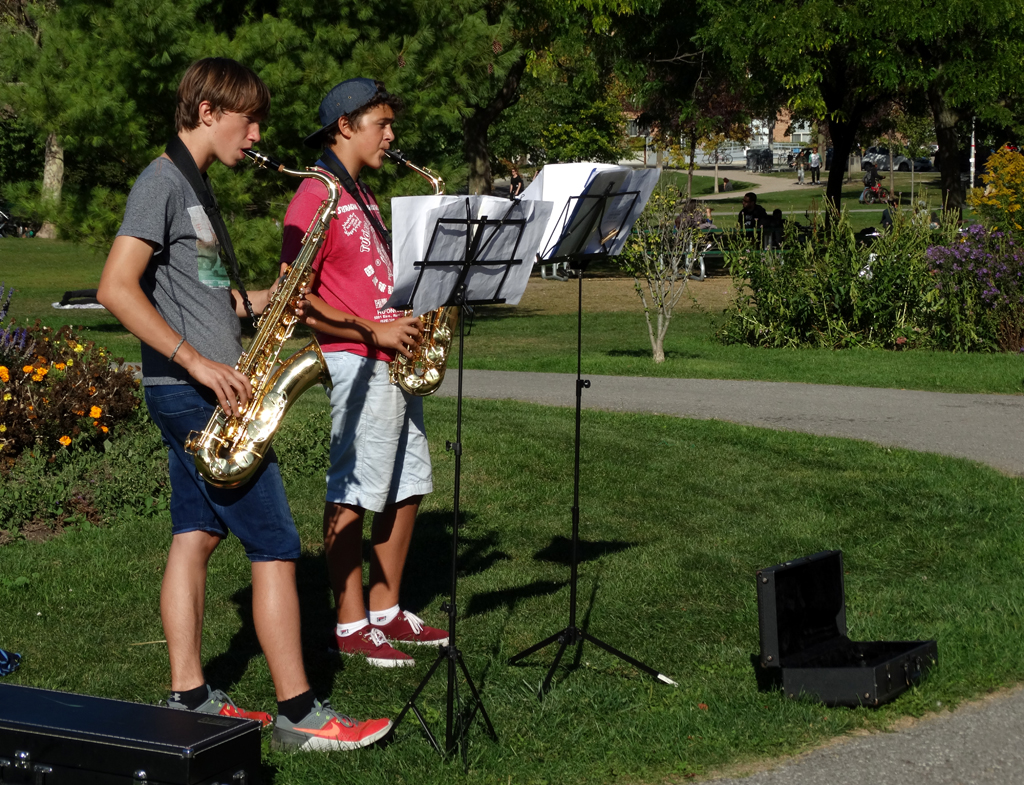 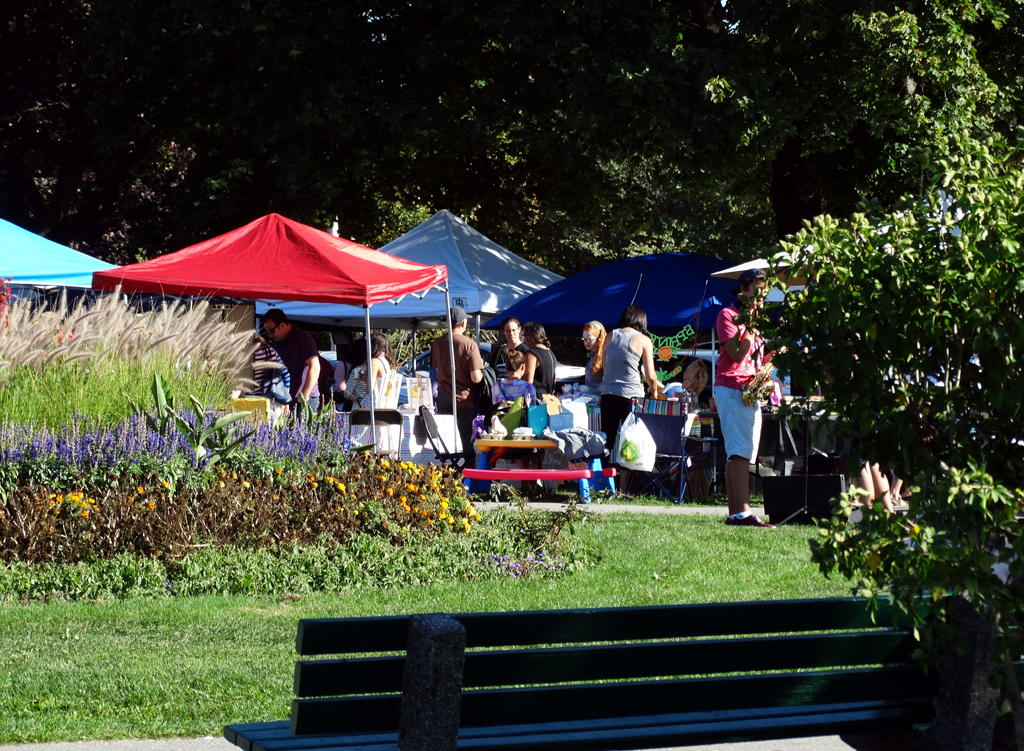 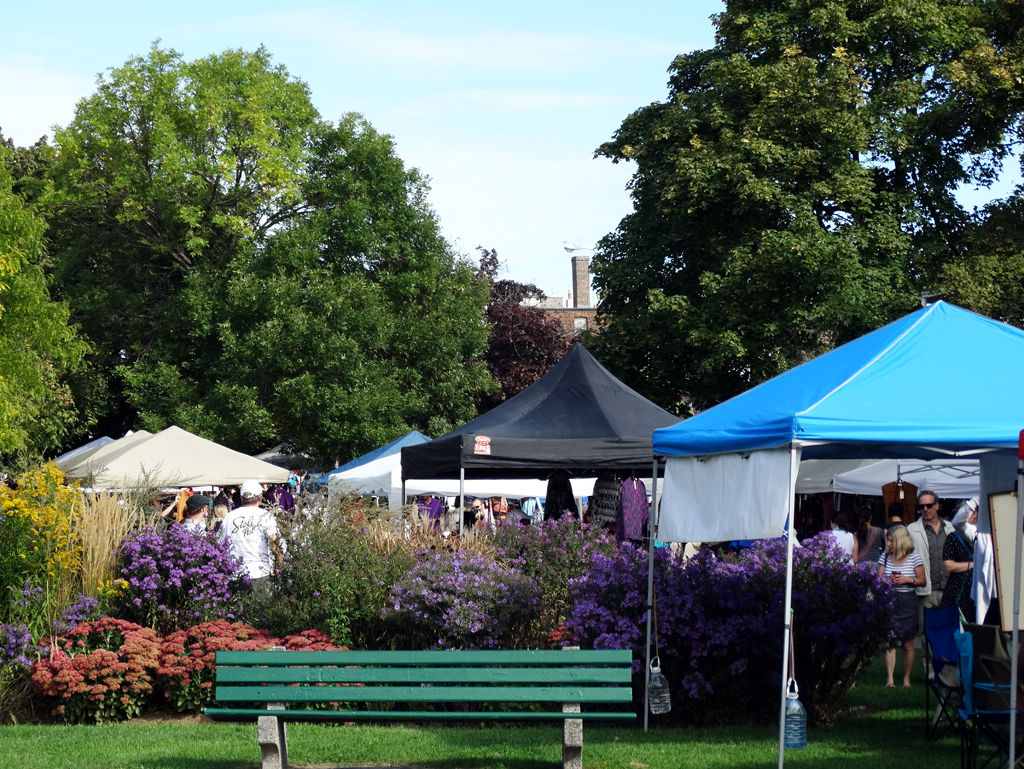 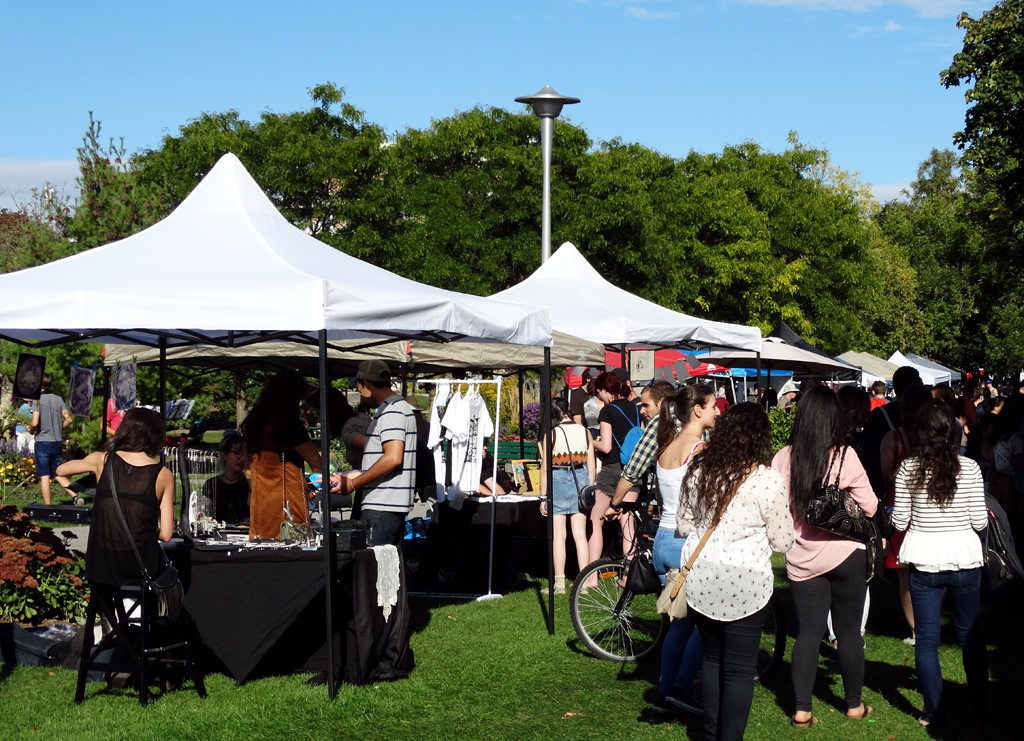 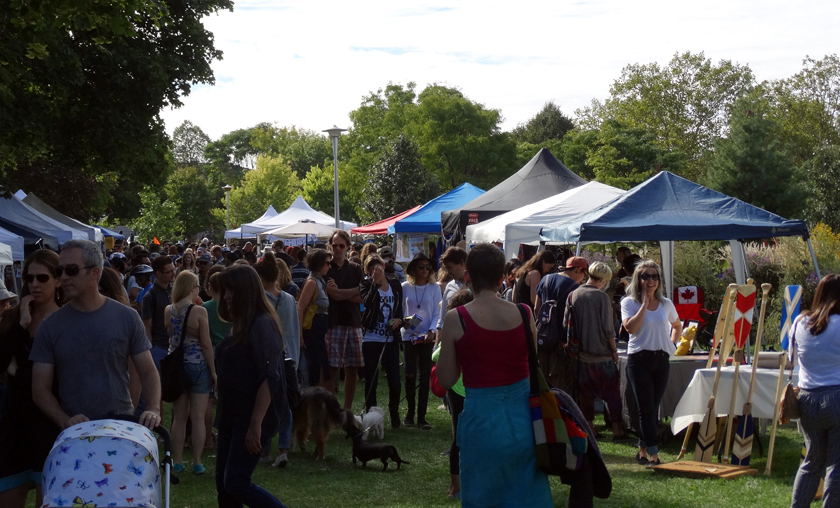 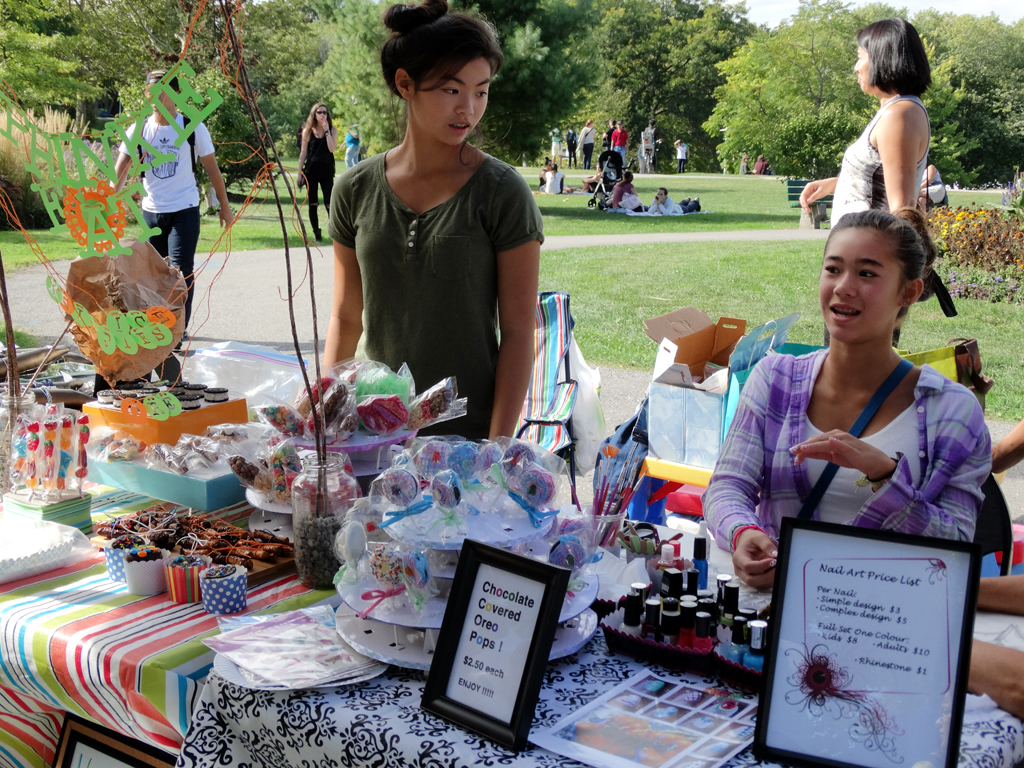 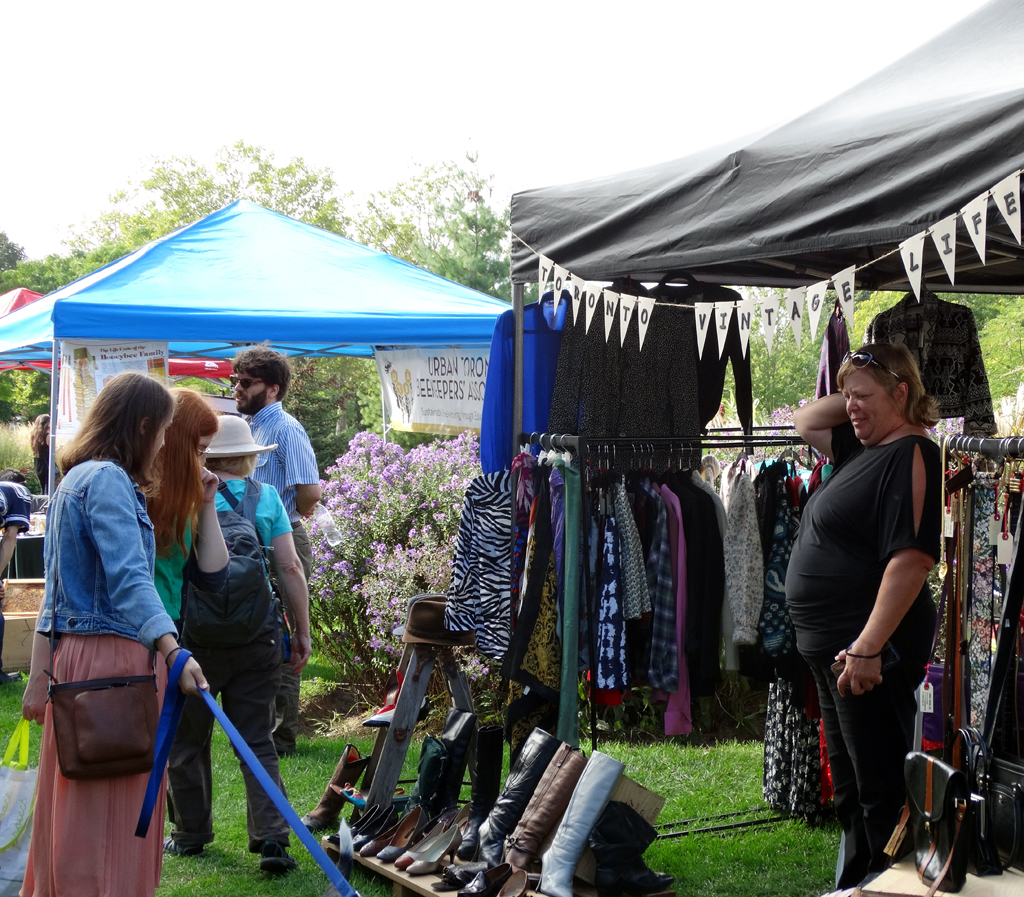 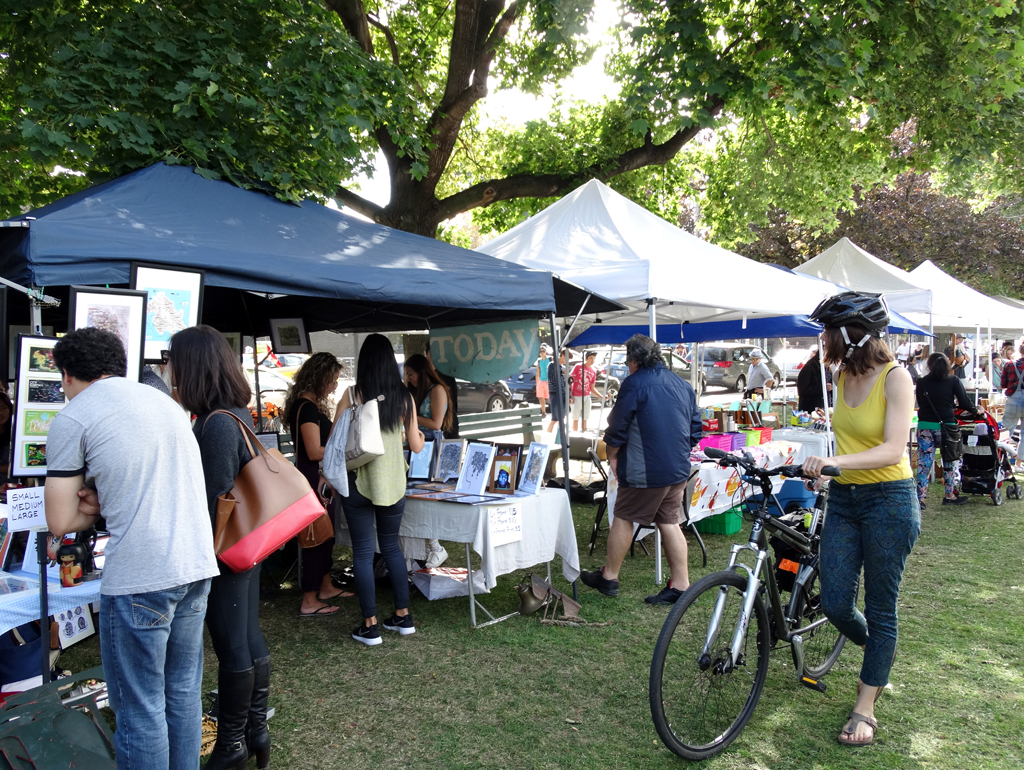 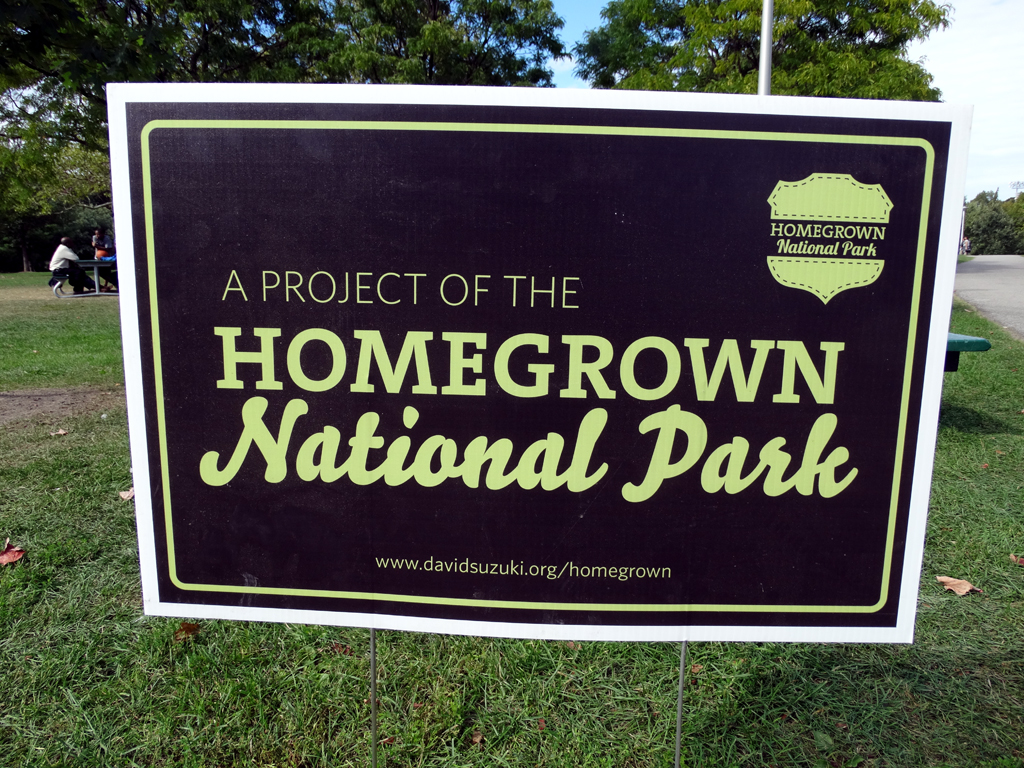