Open Streets Toronto — a fun way to explore the city! 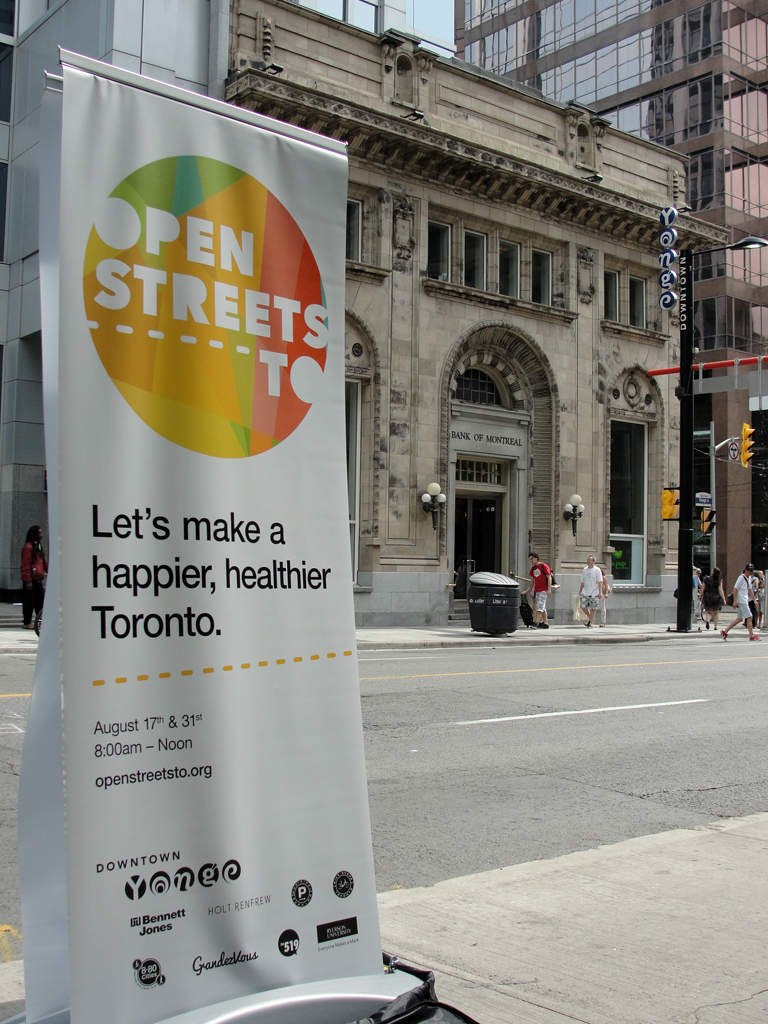 I love Sunday mornings in the city. Everything is so calm and open — and so different from the high energy and fullness experienced almost every other time of the week here. This year, to add to the beauty of Sunday mornings downtown, the city offered two of our most iconic streets, Bloor and Yonge, to be part of a new city festival called Open Streets TO.

On August 17 and August 31 from 8am to 12pm, sections of Bloor and Yonge were closed off to cars and opened to people—to walk, run, bike and play. The Open Streets concept (also known as Ciclovias) was first introduced in Medellin, Columbia and has since been adopted by cities such as New York, Paris, Guadalajara, Ottawa and now Toronto.

The focus of Open Streets TO is to promote physical activity and exploring our city in fun and healthy ways. During the 4 hours of the festival, not only do you gain the unique perspective of seeing Toronto from the middle of the street (some of the best vistas are from there, but you don’t usually get to experience them unless you’re in a car or bus), but you also gain the shared camaraderie as you bike, walk, run alongside fellow participants. And you also get the fun of participating in the different activities along the routes if you so choose!

Some of the activities that were stationed at the different route hubs this year included ping pong, yoga, tai chi, jump rope, recycled paper sculpture, sidewalk chalk, musical performances – including the “play me” piano where you become the performer, mural painting, hockey shoot-out, DJ booth, and board games to name just a few!

The other interesting thing about this festival is what you won’t find — which are any outside vendors: A secondary goal of the festival is to encourage us to explore the local businesses available to us as we travel along the routes.

I love this concept/festival. It’s a great way to spend a leisurely Sunday morning! I hope it becomes a regular part of summer in the city! 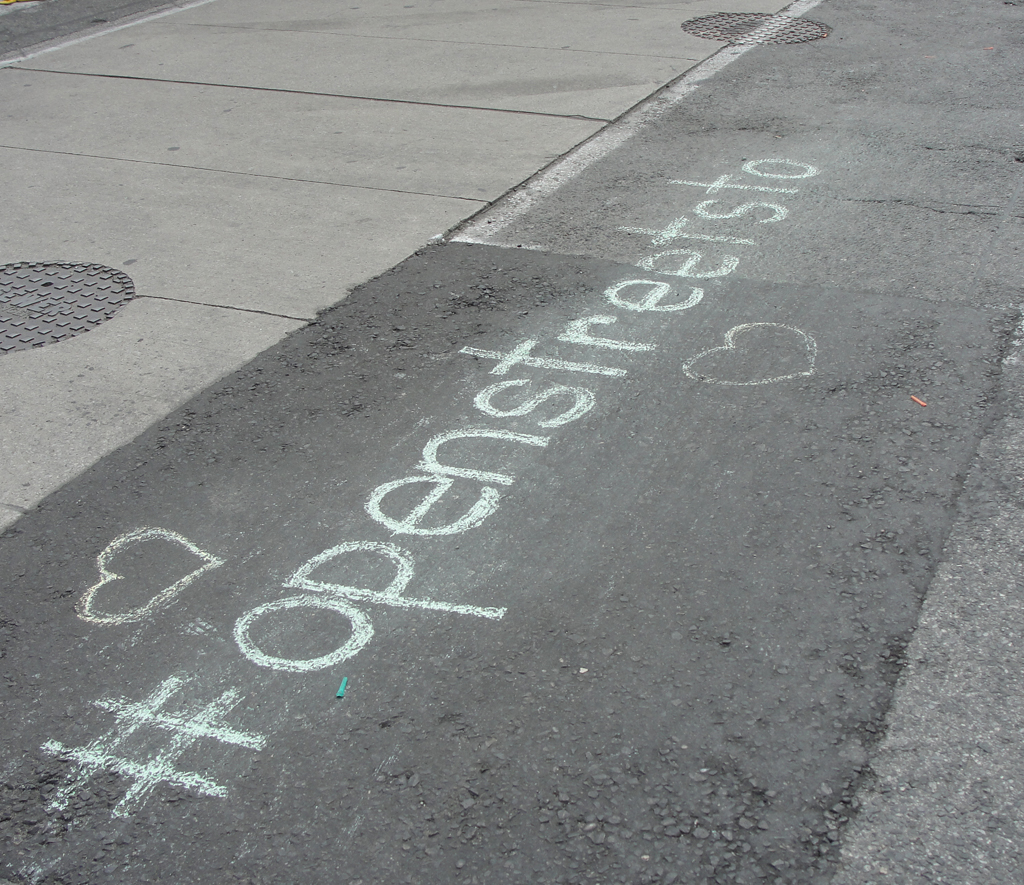 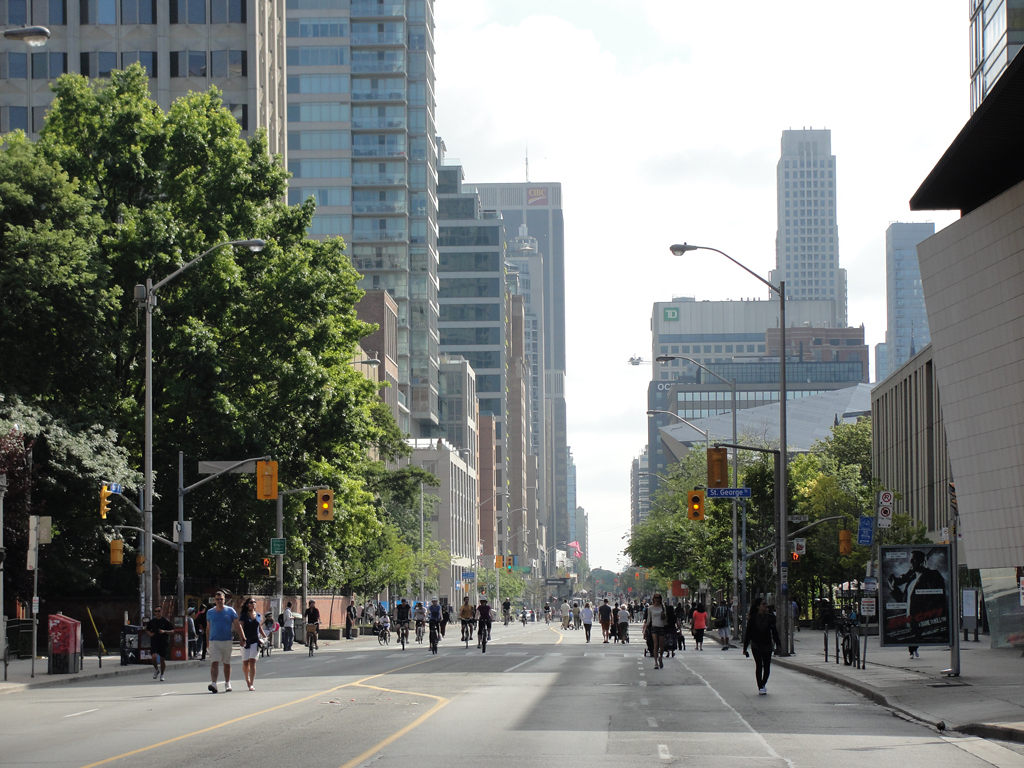 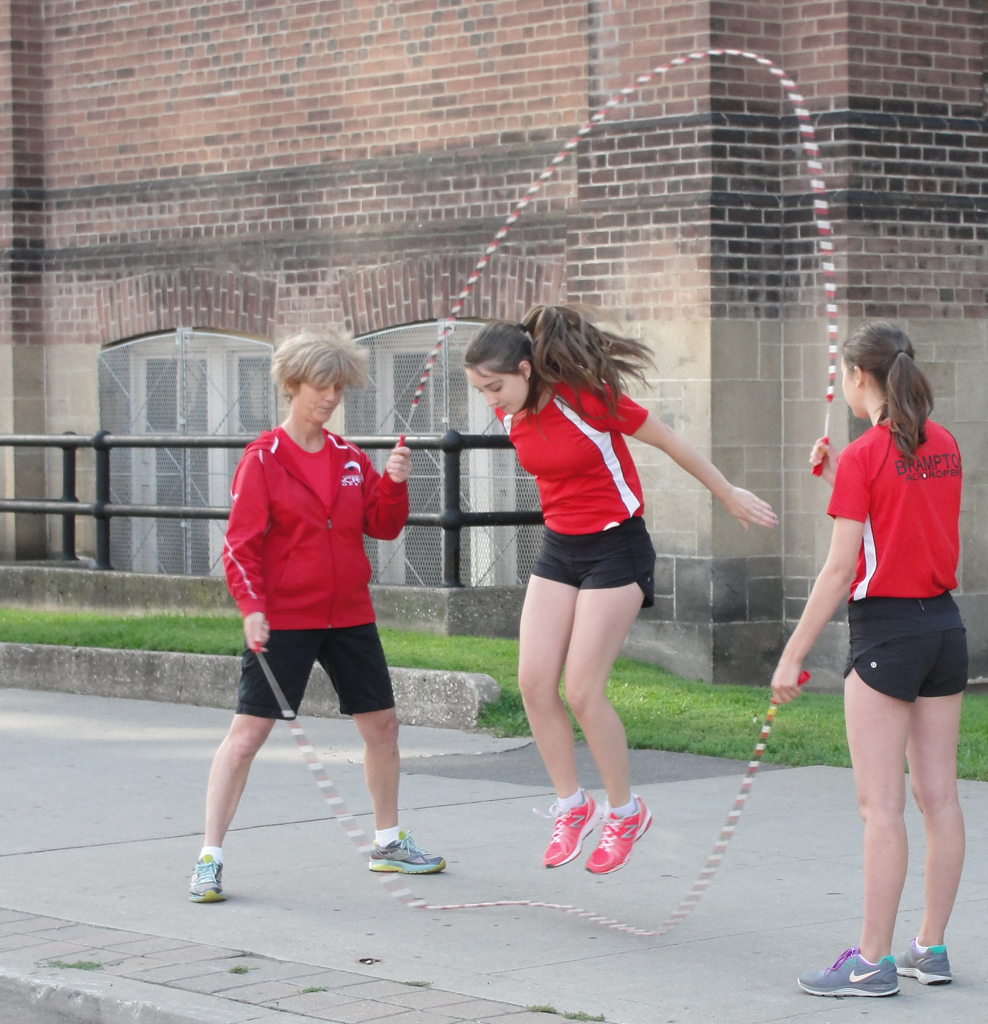 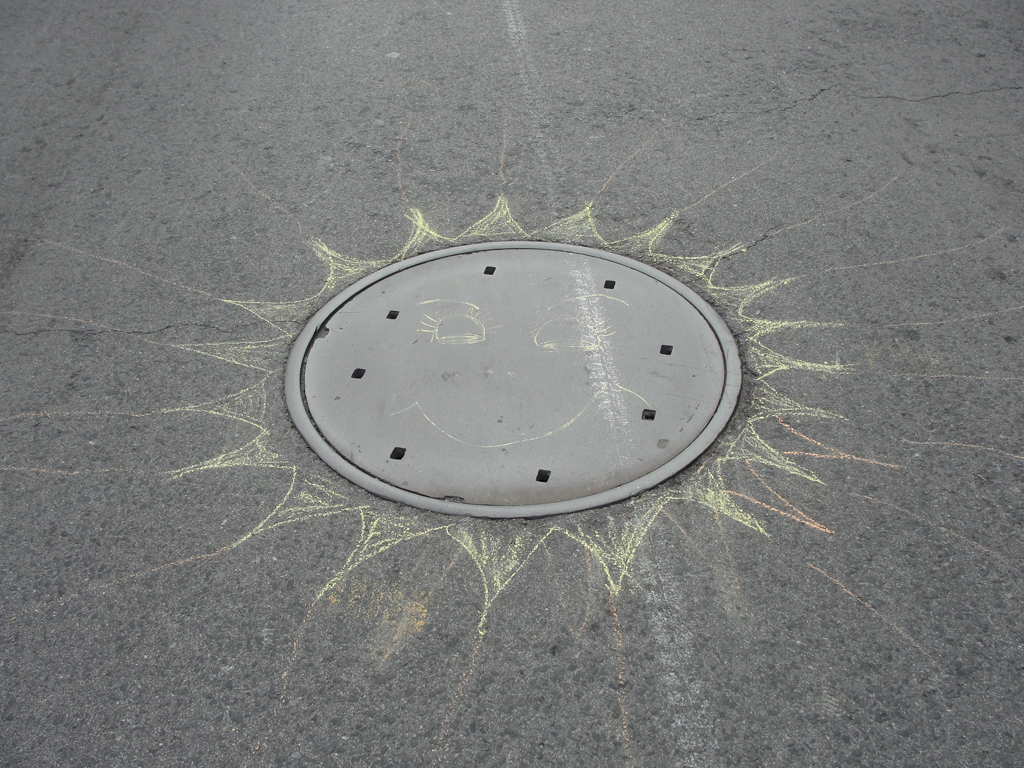 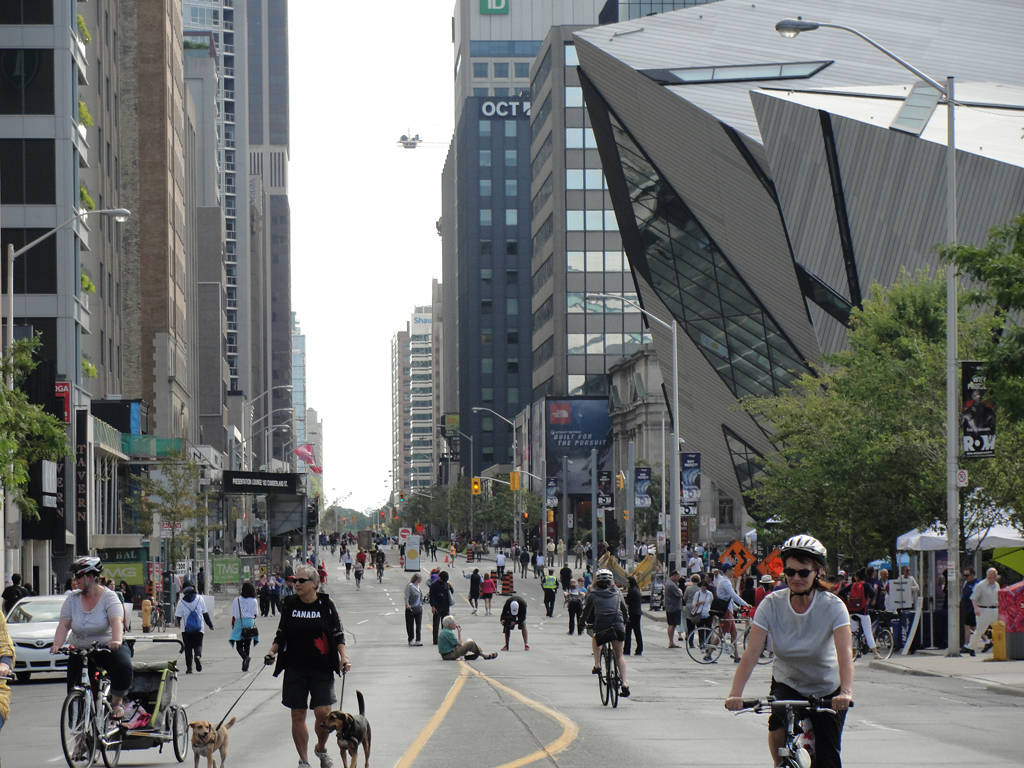 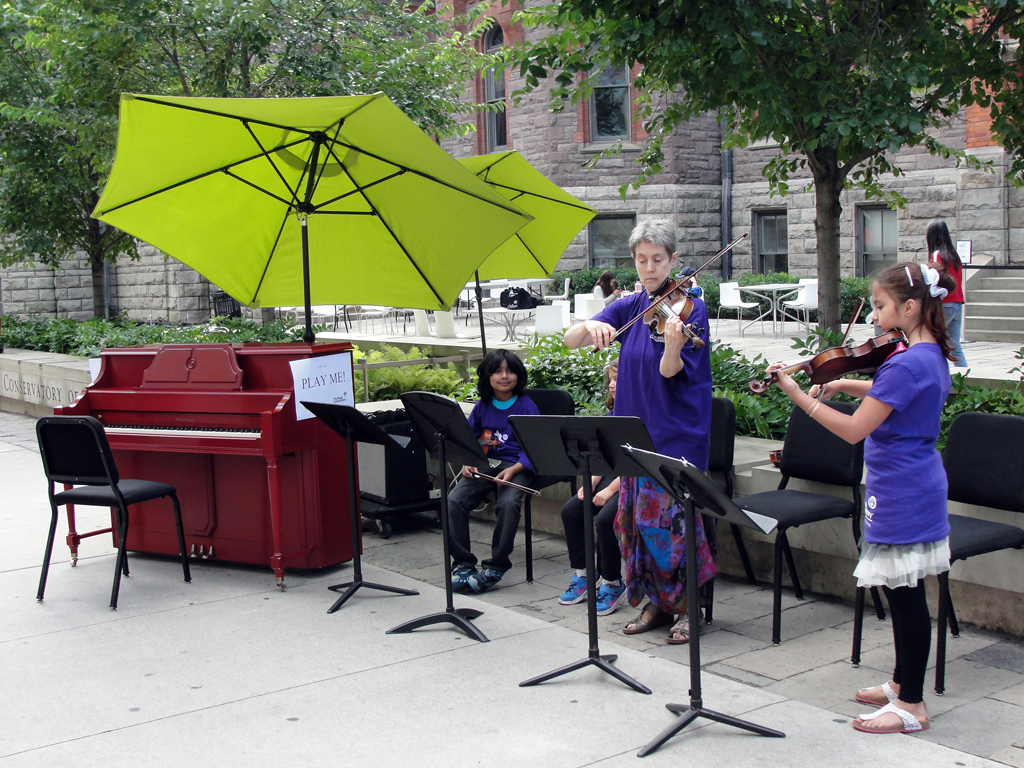 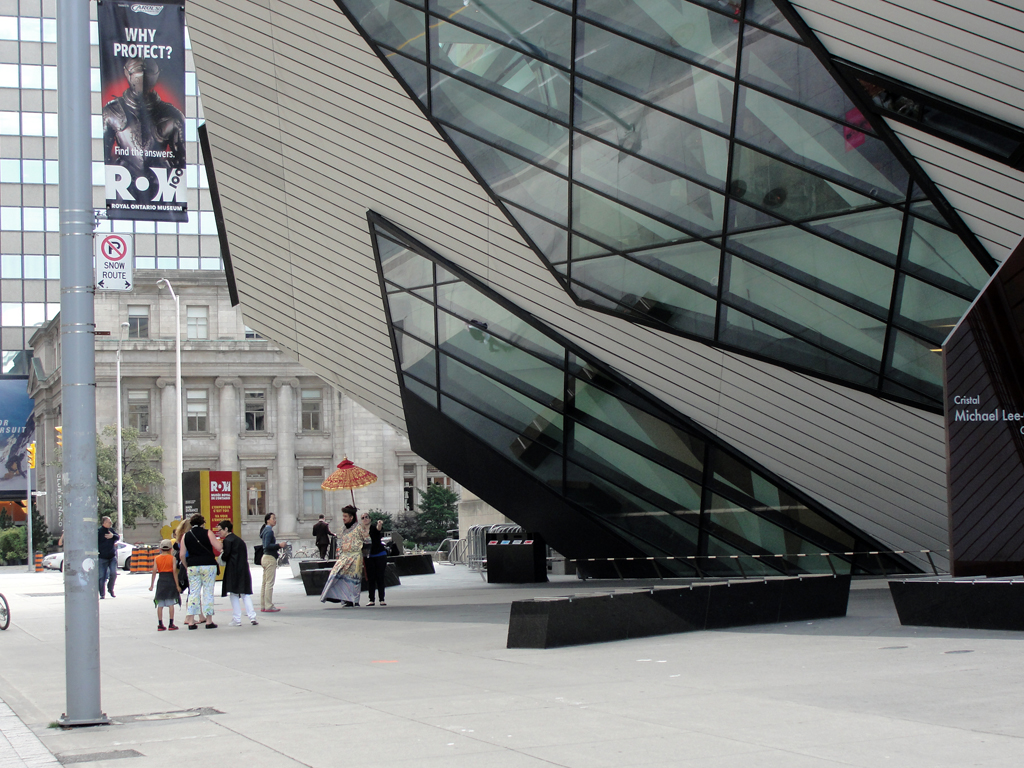 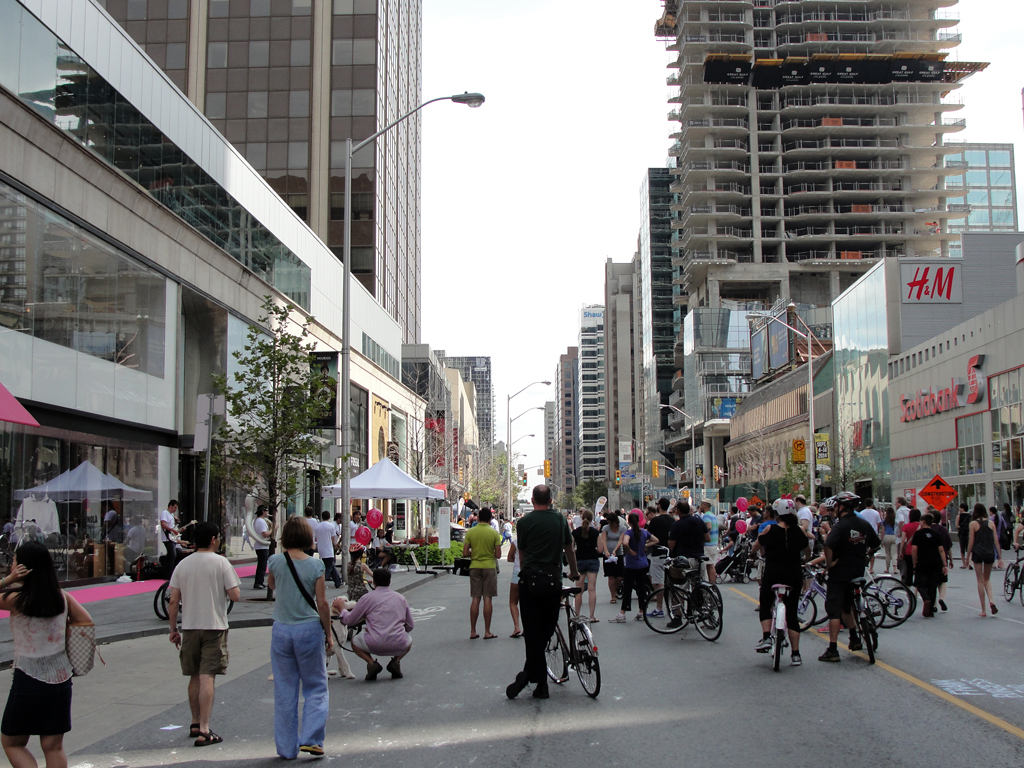 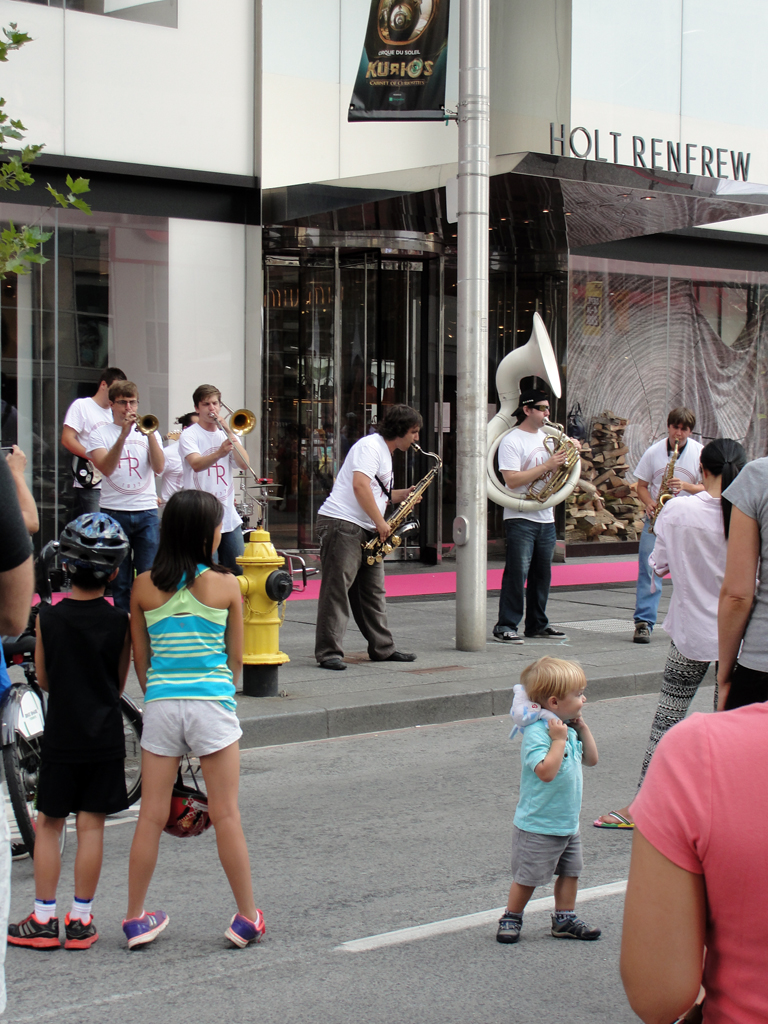 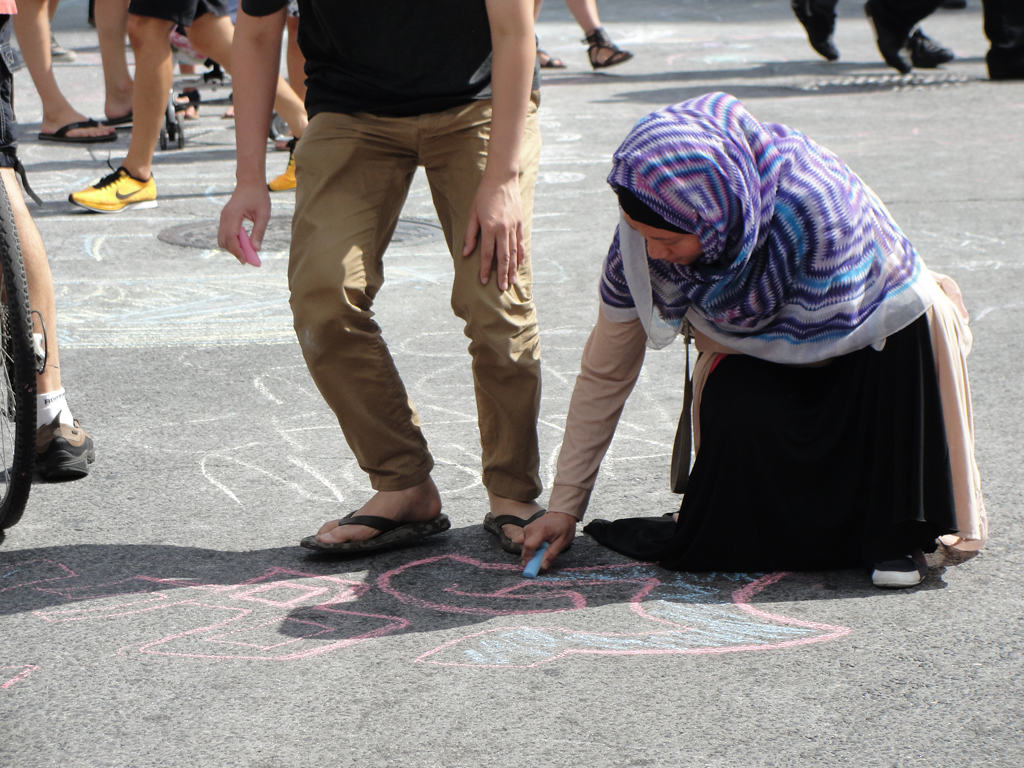 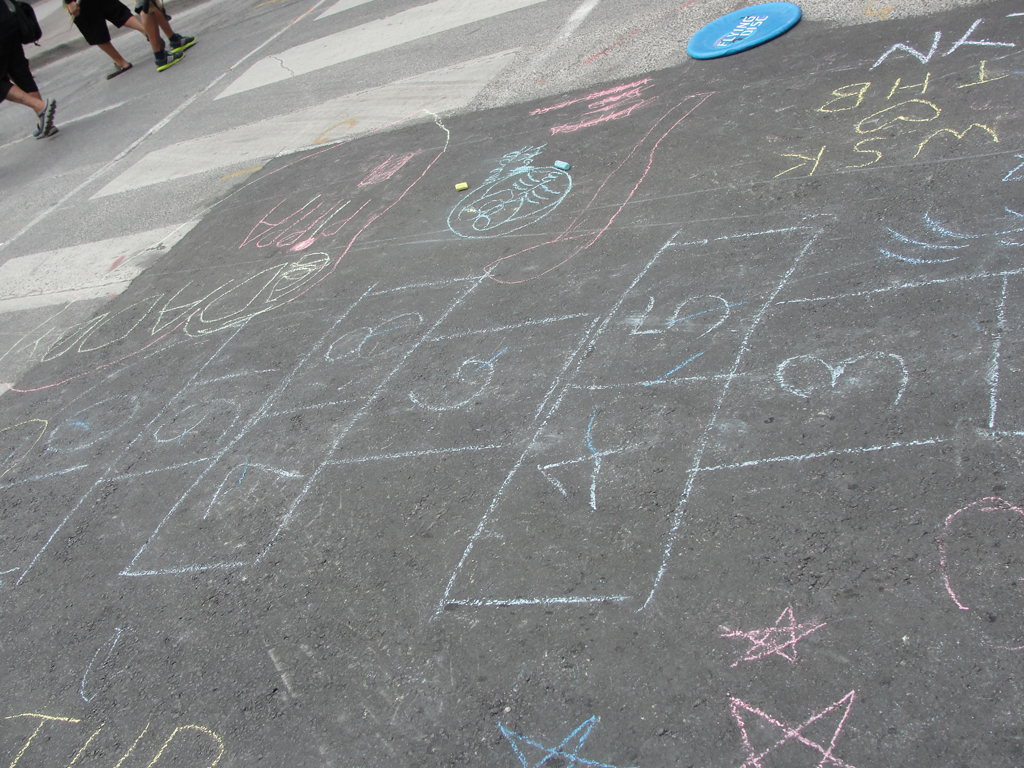 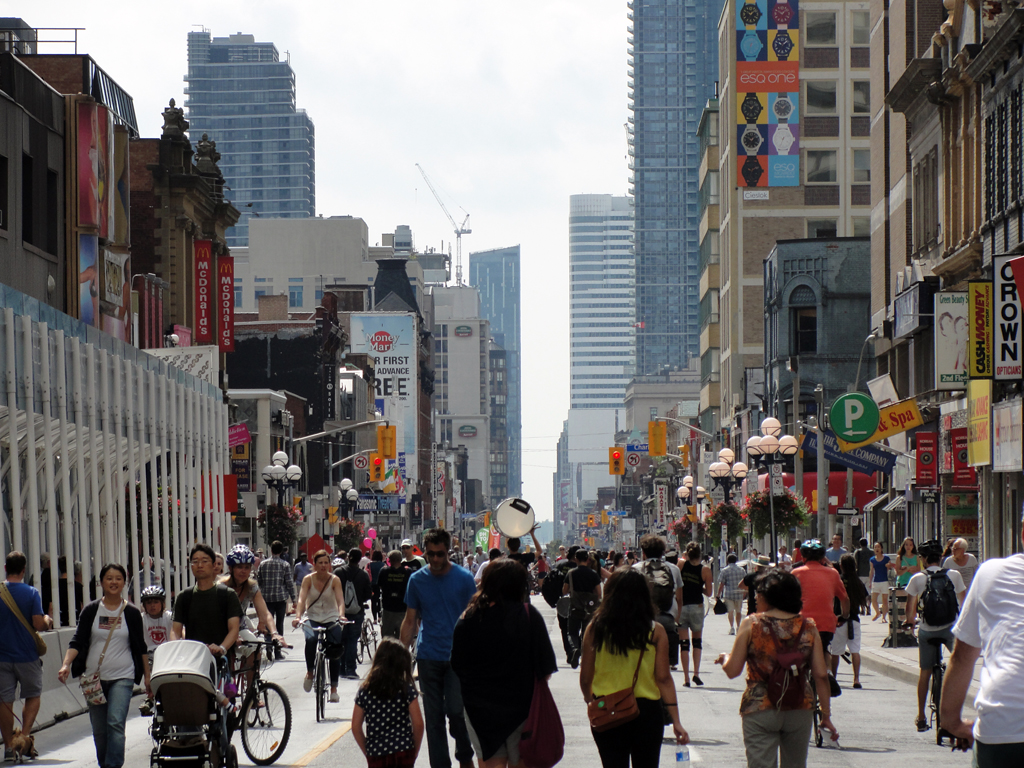 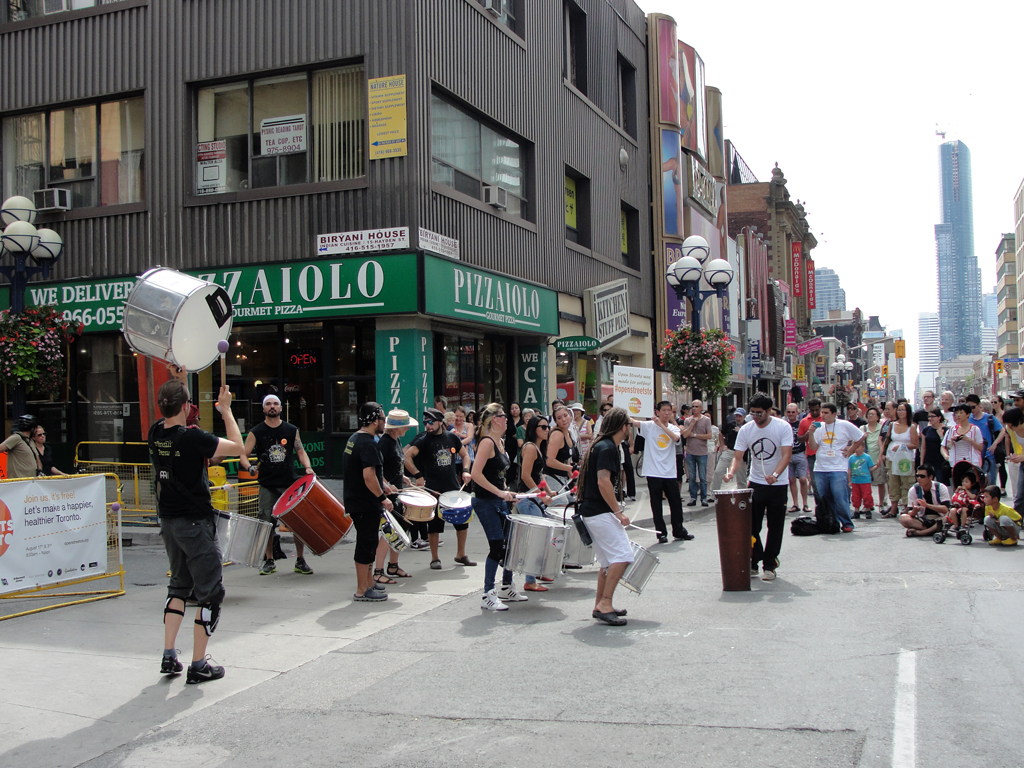 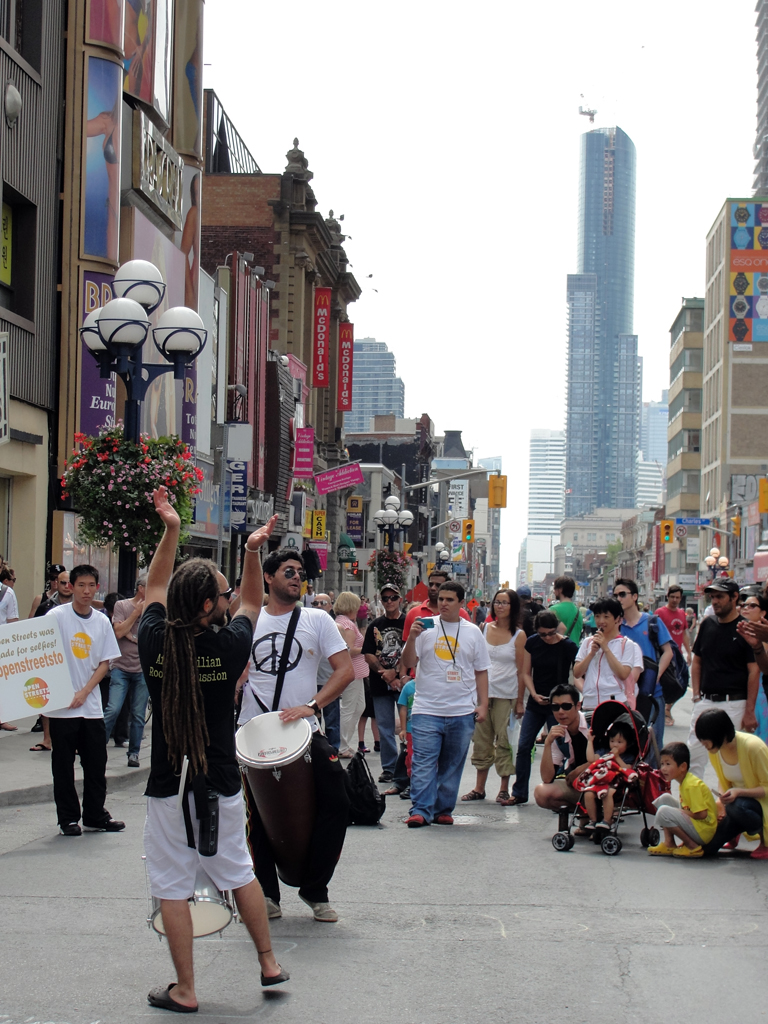 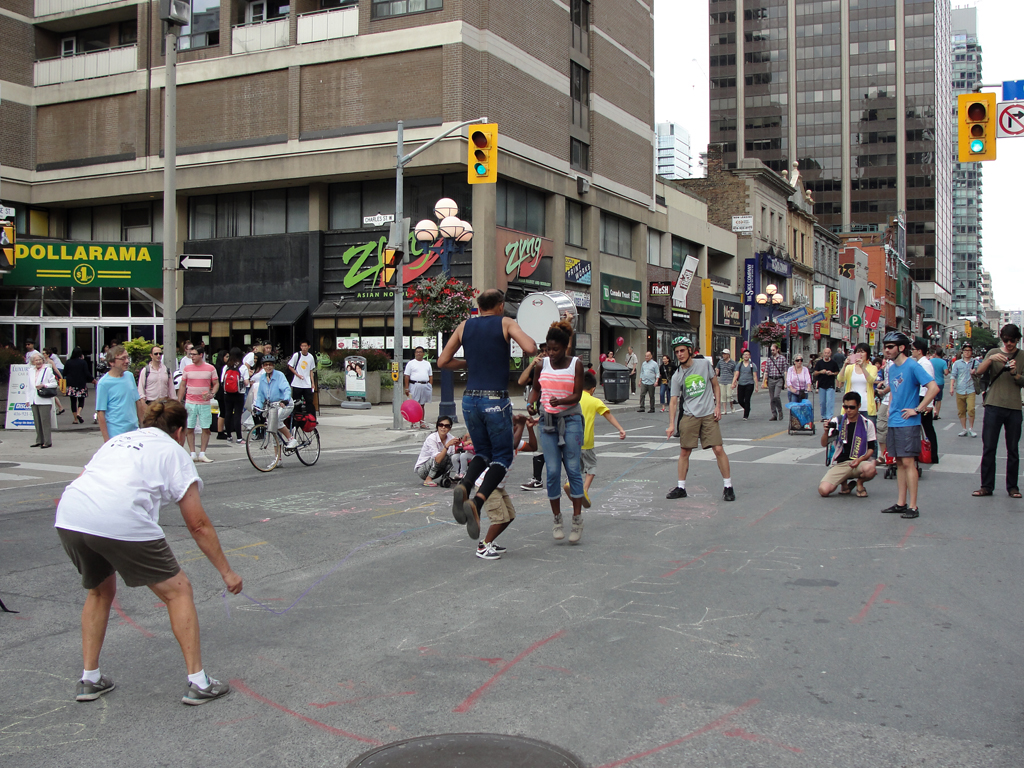 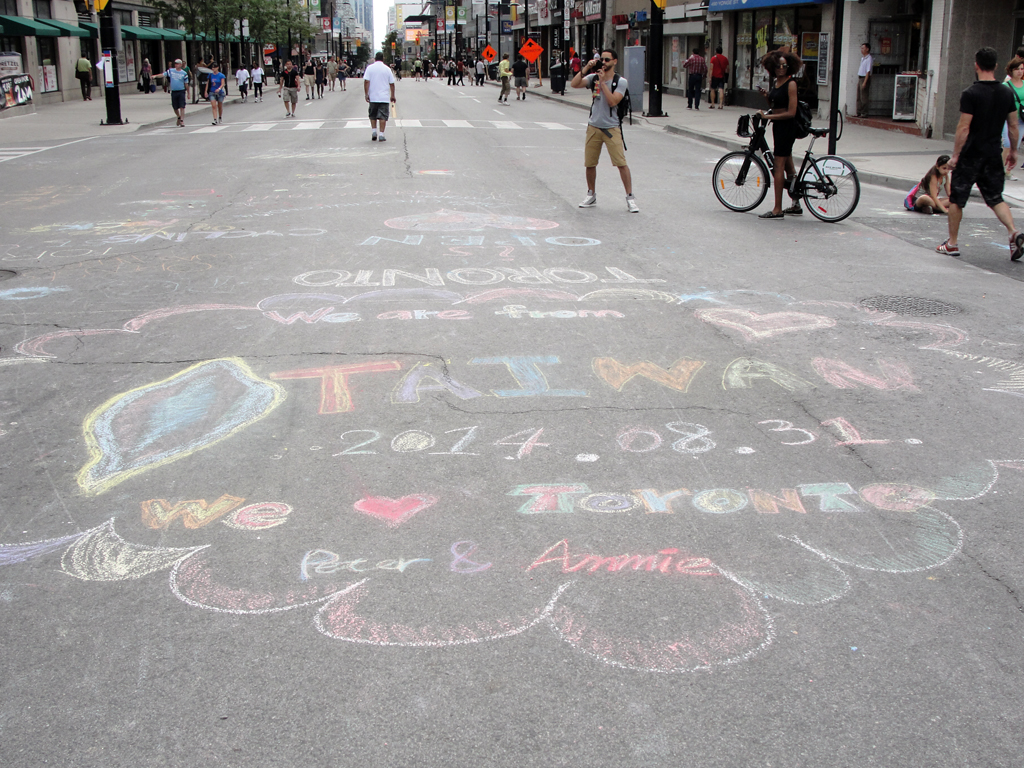 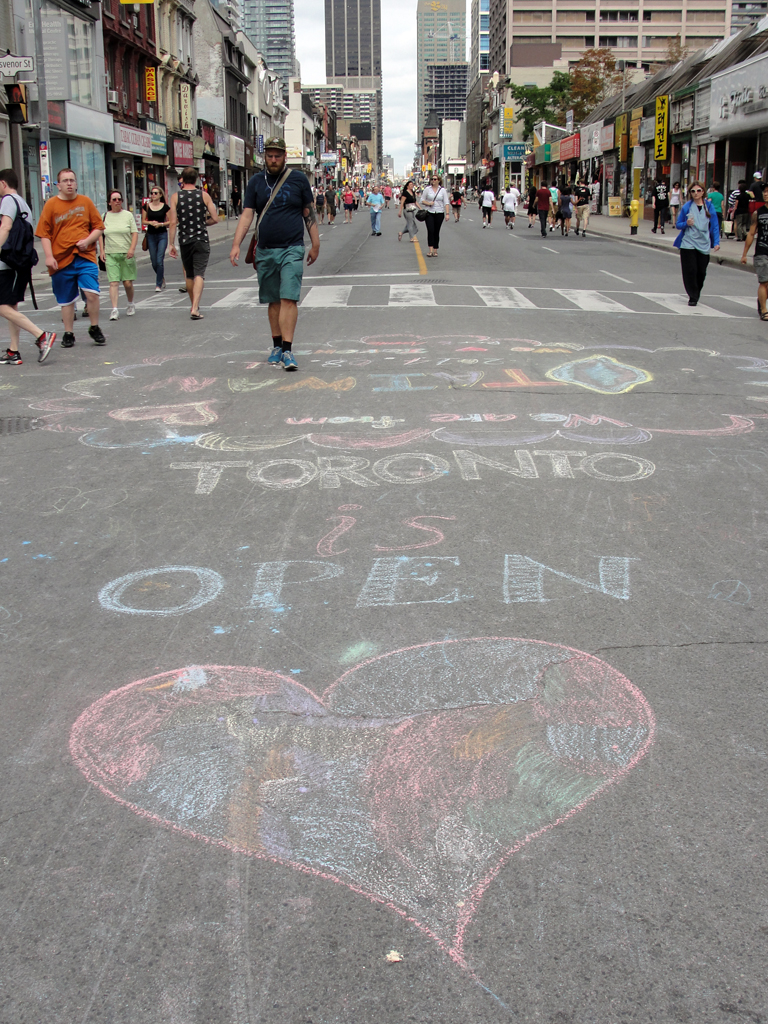